Yehuda Poliker is one of Israel’s premier artists of all time. With a career that spans over 40 years, Poliker has become a cornerstone of Israeli music. His songs redefined the Israeli contemporary pop/rock landscape. And with his unique combination of electric guitars and bouzouki, giving Greek-Mediterranean rhythms and rock flavor to his music, he has firmly established himself as one of the most important Israeli musicians of our time.

All of Poliker’s albums have achieved gold and platinum status, and in 2012 Yehuda Poliker received the Life Time Achievement Award for his outstanding contributions to Israeli culture.

While playing with Benzeen, Poliker took part in a number of other productions as a player on albums by Yehudit Ravitz and Oshik Levi. Poliker composed Ein Makom LeHafta'ot (No Room for Surprises - lyrics by Zeev Tene) for Levi's 1984 album, Leilot Sharav (Desert Wind Nights). Benzeen split up in late 1984, and Poliker began his solo career.

BEGINNING OF HIS SOLO CAREER

In 1985, Poliker issued his first album, Eina'im Sheli (These Eyes of Mine). All the songs on the album were Hebrew translations by Yakov Gilad of Greek songs, except for one instrumental section composed by Poliker called Shkia Yam Tichonit (Mediterranean Sunset). This resulted in a unique concept album, quite different from the Rock played by Benzeen. Although there were some Rock influences, it contained mostly popular Greek music. The album was a hit, selling over 70,000 copies and contributed to the discovery of Greek music by a wider Israeli public. Standout songs on the album included Eina'im Sheli (These Eyes of Mine), Boker Yom Rishon (Sunday Morning), Elco, Kapa'im (Applause) and HaKina (Jealousy).

Following the success of Eina'im Sheli, Poliker embarked on a concert tour, documented in the album Holem BaKa'itz (Daydreamer), which came out a year later. The album was recorded entirely from a live performance at the Tel Aviv Movie Theater.

Poliker collaborated with Gidi Gov in 1987, composing most of the songs for Gov's album, Derech Eretz. Among some of the more prominent songs were Kimat Stav (Almost Autumn) and Perach (Flower - lyrics by Tzruya Lahav); Yoram and Shir Echad Sameach (One Happy Song - lyrics by Ali Mohar); and Gever Ba'Ir (Man on the Town), Lolita and Shlal Sharav (Desert Wind Treasure - lyrics by Meir Ariel). Shlal Sharav was the biggest hit, and became one of Gov's best-known songs. Around that time, Poliker also played on Arik Einstein's albums Ohev Lihiyot BaBayit (I Like Being at Home) and Al Gvul Ha'Or (On the Edge of Light).

In 1988, Poliker released his third album, Ashes and Dust, which dealt mainly with children born to Holocaust survivors growing up in Israel in the shadow of their parents' trauma. The album originated in a Holocaust Day program for Galei Zahal, the IDF radio station, for which Poliker composed Kmo Prachim Ba'Ruach (Like a Flower in the Wind) and HaTachana HaKetana Treblinka (The Little Stop at Treblinka). Halina Birenbaum, Yakov Gilad's mother, translated the song from a poem by Jewish poet Vladislav Shlengel. Yakov Gilad wrote the album's title song about his mother's visit to Poland. Other than "Like a Flower in the Wind" and "The Little Stop at Treblinka, Yakov Gilad wrote all the album's songs, including Chalon LaYam Hatichon (Window to the Mediterranean), written as a Holocaust survivor's letter to his relatives who remained in the Diaspora; K'shetigdal (When You Grow Up), which deals with orphanhood and suffering; and Sheer Acharei HaGeshem (Song after the Rain). Despite the painful subject matter, the album was a huge success, selling over 70,000 copies. To this day, it is regarded as one of the finest albums ever recorded in Israel.

Following the release of "Ashes and Dust", Poliker, Gilad, and their parents participated in a documentary film by Orna Ben Dor Niv, Biglal HaMilchama HaHee (On Account of that War). Like the album, the film dealt with the Holocaust from the perspective of the children of the Holocaust survivors. Songs from the album were part of the sound track in the film.

In May 1988, Poliker went on a successful concert tour, and embarked on a joint tour with Gidi Gov in February 1989. Poliker composed the song HaNesicha ve'HaRuach (The Princess and the Wind) for Rita (lyrics by Ali Mohar) in 1988, and the song Dvarim She'ratsiti Lomar (Things I Wanted To Say) for Danny Bassan (lyrics by Yaakov Rothblit).

Yehudit Tamir released her first album in May 1990. Poliker produced the album, and composed most of its songs. The two most prominent songs on the album were "Romeo" (lyrics by Tzruya Lahav), and Asia Bocha (Asia Weeps - lyrics by Ehud Manor). Poliker also played guitar and keyboard on the album, and sang harmony.

He released his fourth album, Pachot, Aval Ko'ev (Hurts, But Less), in late 1990. The album was an enormous commercial success, selling over 140,000 copies, making it Poliker's most successful record. The album contained only nine songs, including two instrumentals (Trans-orient and Sipurim Zmanim Avru (Story of Times Past) and three already recorded songs ("Things I Wanted to Say", Yoram and Perach. The new versions of these songs became better known than the original recordings. In contrast to his previous albums, Poliker did not collaborate with Yakov Gilad on this album. Writers of lyrics for the original songs included Yonathan Gefen, who wrote the title song; poet Yehuda Amichai; and Esther Shamir. For the first time, Poliker also wrote his own lyrics: HaTzel ve'Ani (The Shadow and I).

Poliker embarked on a concert tour in the wake of the success of "It Hurts, But Less', and started working on a new album. Both the tour and the album, however, were cut short by the tragic death of Poliker's brother, Kobi, who was killed by a member of his army unit. Poliker shelved the album that he had been working on, and began recording an instrumental album in its place. The album, Le'Einayich Hakachulot (For Your Blue Eyes), was released in 1992 as a kind of requiem for Poliker's brother. The most famous part of the album was Sulam Yaakov (Jacob's Ladder). The album also featured two songs with words: Nad Nad (Roaming - lyrics by Yonatan Gefen) and Zingualla, which Yakov Gilad translated from a Greek song. Also in 1992, Poliker composed songs for the Anashim Zarim (Foreign People) album by Yardena Arazi: Shir Isha Ba'Choref (Ahavateinu Hee Tashbetz) (Woman's Winter Song (Our Love is a Puzzle)) and Mitoch HaNishkachot (From What Has Been Forgotten).

In 1993, Poliker teamed up with Riki Gal, and composed most of the songs for her album, Chapess Bi (Search in Me), including Hey Shkeita (Hey, Quiet One - lyrics by Rachel Shapira) and Tefilot HaYeladim (The Children's Prayers - lyrics by Tzruya Lahav and Shva Selhov). An album of Benzeen's greatest hits was released on CD for the first time the same year.

Poliker released his sixth album, HaYeled Shebecha (The Child in You) in late 1995, following another tragedy in his life - the death of his nephew, whose death was mentioned in a song, "Cain," included in the album. It was a double album, and for the first time Poliker was very involved in writing the lyrics, together with Yakov Gilad. Among others songs, he participated in writing the lyrics for Ani Rotseh Gam (I Want It Too), Lo Yode'a (Don't Know), Ma Yihiyeh Yihiyeh (What Will Be Will Be), and HaYeladim Ba'im (The Children Are Coming). Another famous song from the album was Namess BaGeshem (Melts in the Rain), in which Gilad Badeklum participated. The album also included a number of instrumentals, such as Me'Al HaGesher (Above the Bridge), HaMentaliyut Shel Tof HaPach (The Mentality of the Tin Drum), and Nonny.

The "Child in You" album was an enormous success, as was the ensuing concert tour, documented in the live album "Live in Caesarea." The performances of "Face-to-Face" and "Things I Wanted" were released as radio singles, and climbed the hit charts. The album also included a studio recording of the tune "For Your Blue Eyes" recorded by Poliker with Yizhar Ashdot. The same year, Poliker composed the songs, Ha'Or BaKatzeh (The Light at the End of the Tunnel) and Ach Milat Mafteach (Brother Is a Key Word) for Arik Einstein's album, Le'an Parchu HaParparim (Where Did the Butterflies Go).

In 1998, Poliker released another instrumental album, Me'uchar Ulai Mukdam (Late, Perhaps Early). He composed all the songs and played guitar. The only other musician who played on the album was Yoad Nevo on keyboard.

In 2001, Poliker released the album Ech Kor'im La'Ahava Sheli (What is My Love's Name), which addressed the national mood during Intifidah II. The title song of the album, written by Poliker with Yakov Gilad, was a big hit, as were "Gingie" and Betoch Hapekak Ha'Ensofee (In the Endless Traffic Jam). The same year, Poliker composed the song, Acharei HaKol (After Everything) for Danna International's album, Yoter ve'Yoter (More and More).

In 2003, Poliker released his first collection album, HaMaytav (Greatest Hits) on the NMC record label. In addition to his original songs and those of Benzeen, the album also included one new original song, Gag Ha'Olam (Roof of the World), and a cover version of a Yehudit Tamir song, "Romeo." Both songs were played frequently on the radio, and were on the hit parade of the Reshet Gimmel radio station. Poliker was named singer of the year.

In 2007, Poliker released the album, "Hummus Sapiens" in cooperation with Greek poet Manolis Rassoulis. This Greek-language album was released first in Greece, and later in Israel. Helicon marketed the recording, after Poliker had been under contract to NMC for many years.

In 2012 Poliker issued a unique album, “Jacko and Yehuda Poliker,” in which his late parents sing songs in Ladino and Greek – songs of the Jews of Salonika before World War II – that he recorded 12 years ago with no accompaniment. On top of the original recordings, Poliker used advanced technology to splice in vocal harmonies, chords, rhythms and instruments that create rare, moving and perfect world music.

During the spring of 2014, Yehuda Poliker Issued the album " MUSEUM OF DREAMS", An album that combines between guitar and bouzouki and all the styles which characterize Poliker from the days of "BENZIN" until today. The album was certified "Gold" within two weeks . It was followed by Poliker`s tour called "MUSEUM OF DREAMS".

Poliker's compositions deal with subjects of social import in Israel, such as the memory of the Holocaust, urban alienation and violence, bereavement, and other poignant subjects. At the same time, his work is often personal, relating to his experiences. In recent years, Poliker has avoided media interviews and has revealed few details of his personal life, but has maintained his social involvement through his work, and has contributed benefit appearances to organizations working for social change, such as the Association for Civil Rights in Israel (ACRI).

הילד שבך <> The Child in You 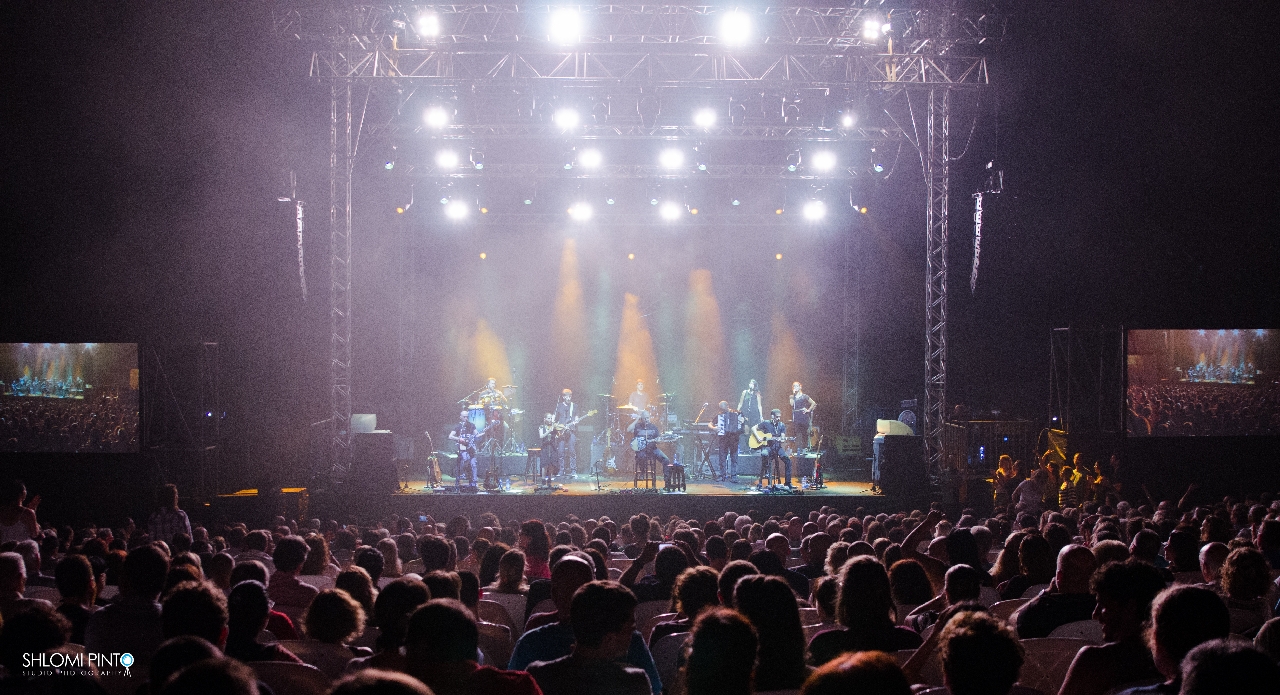 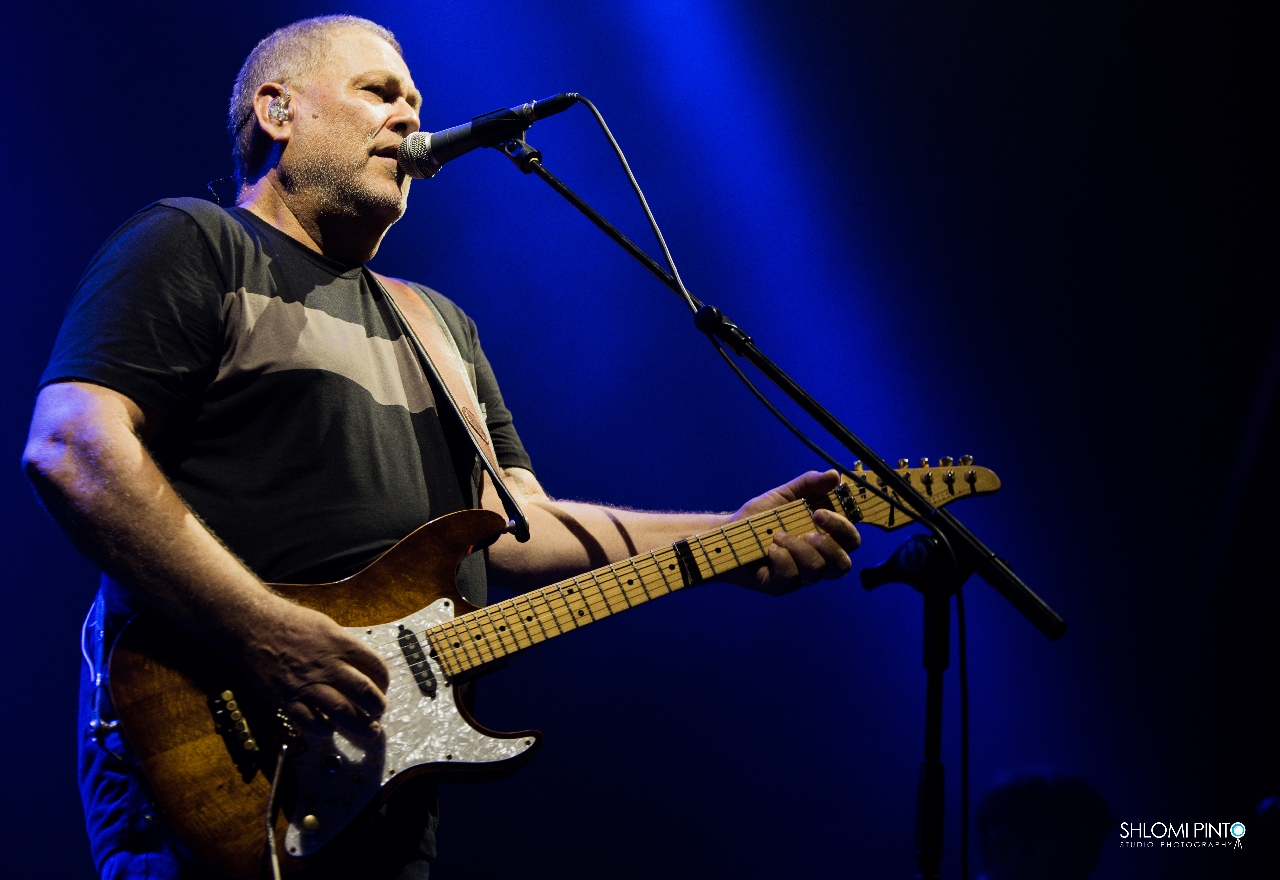 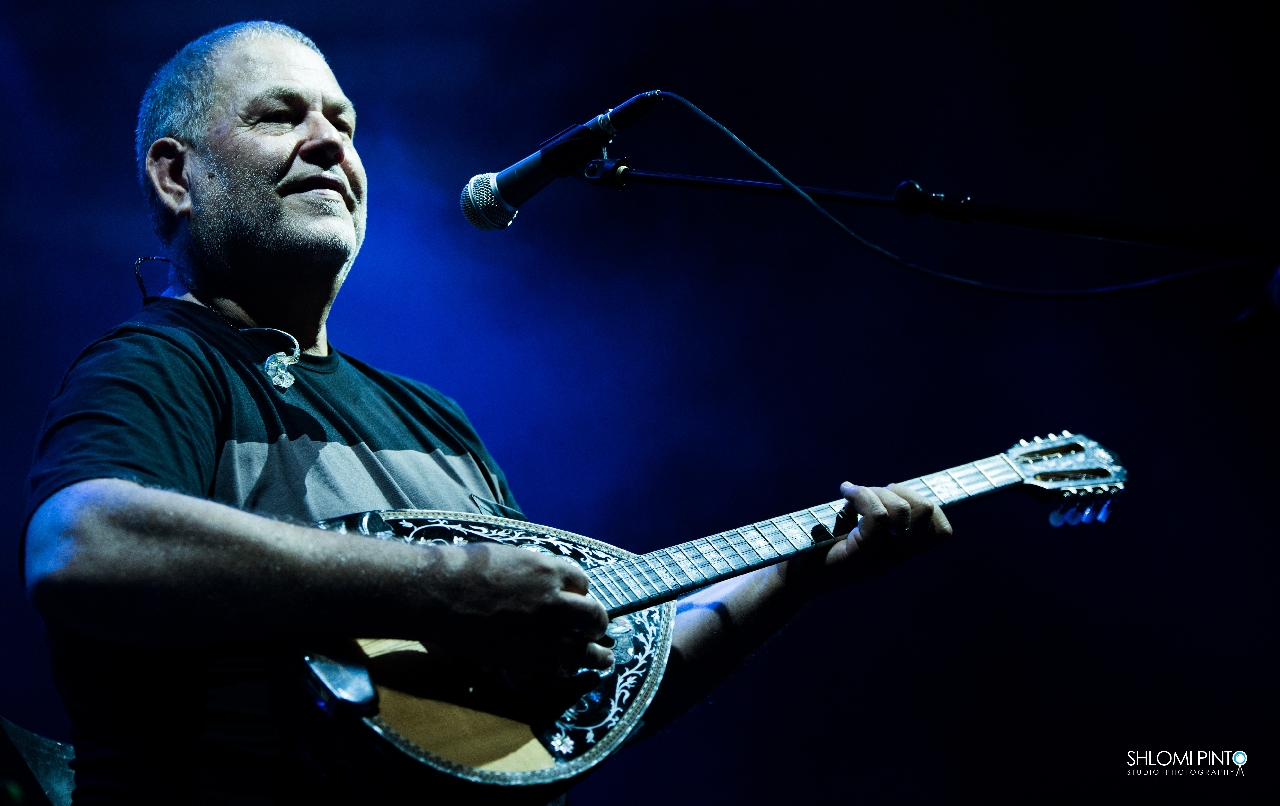 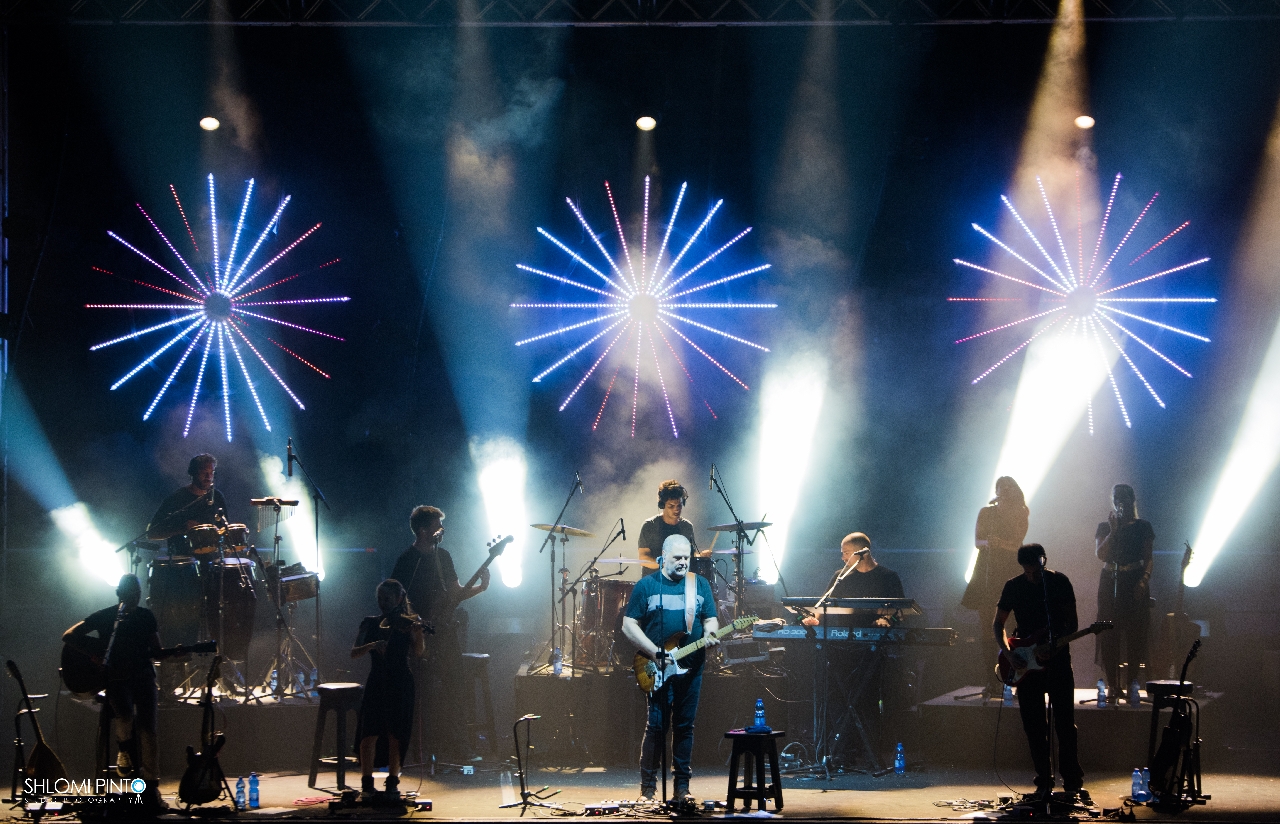 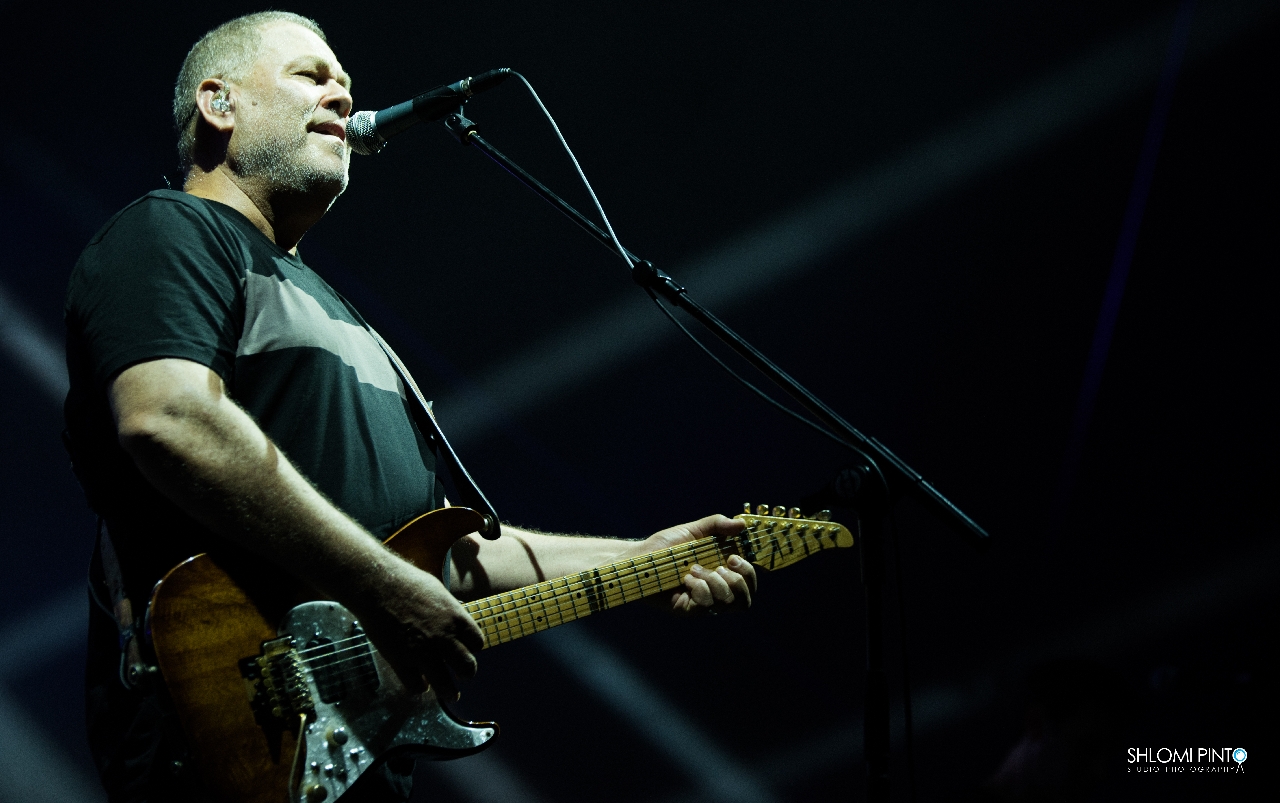 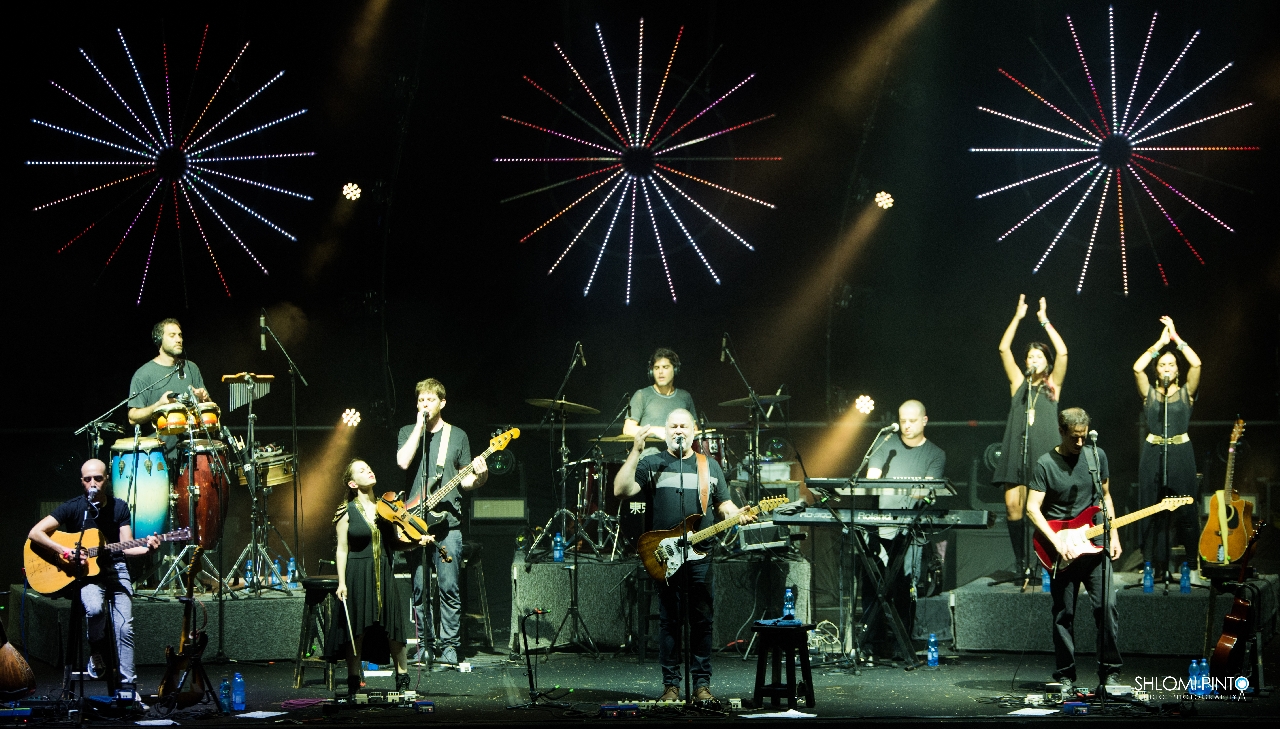 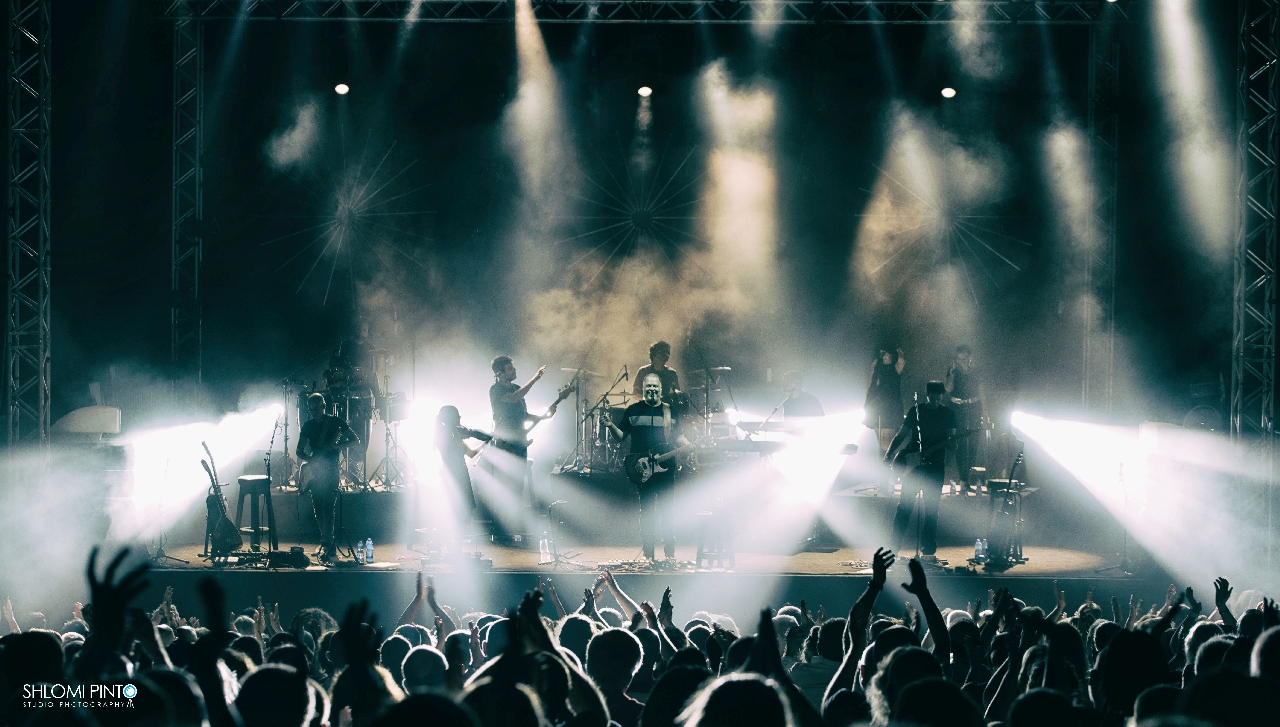 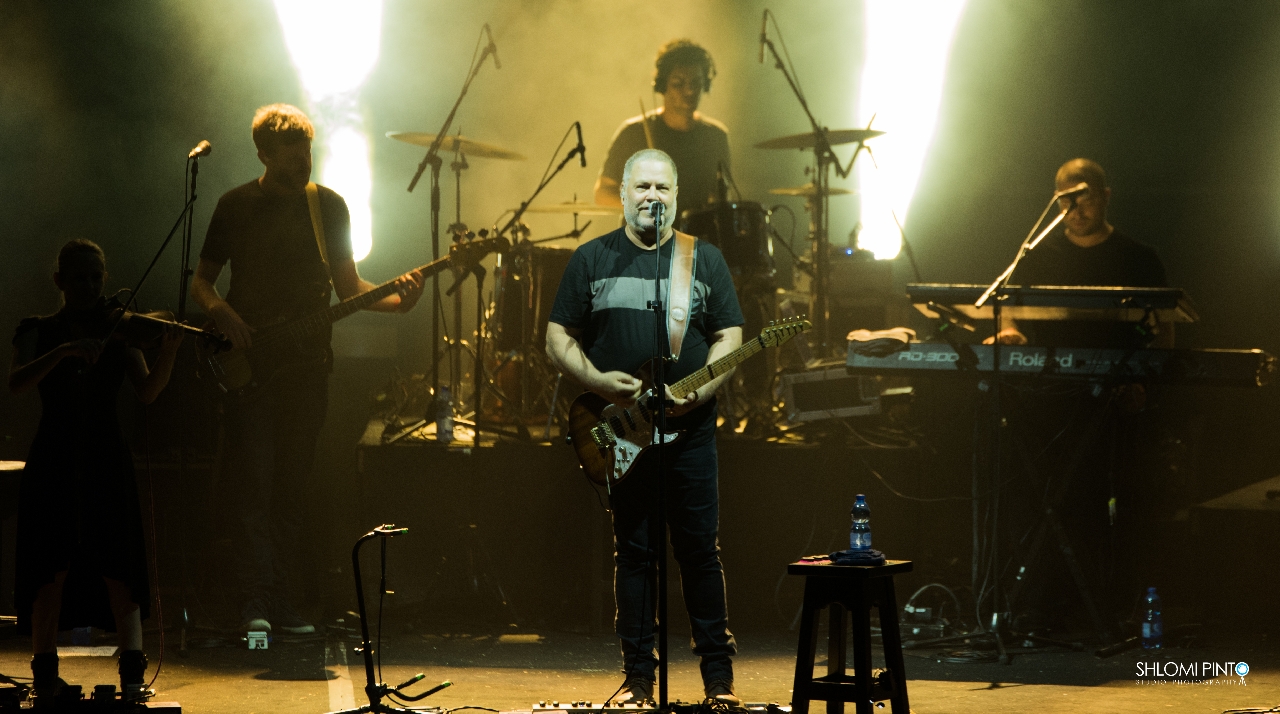 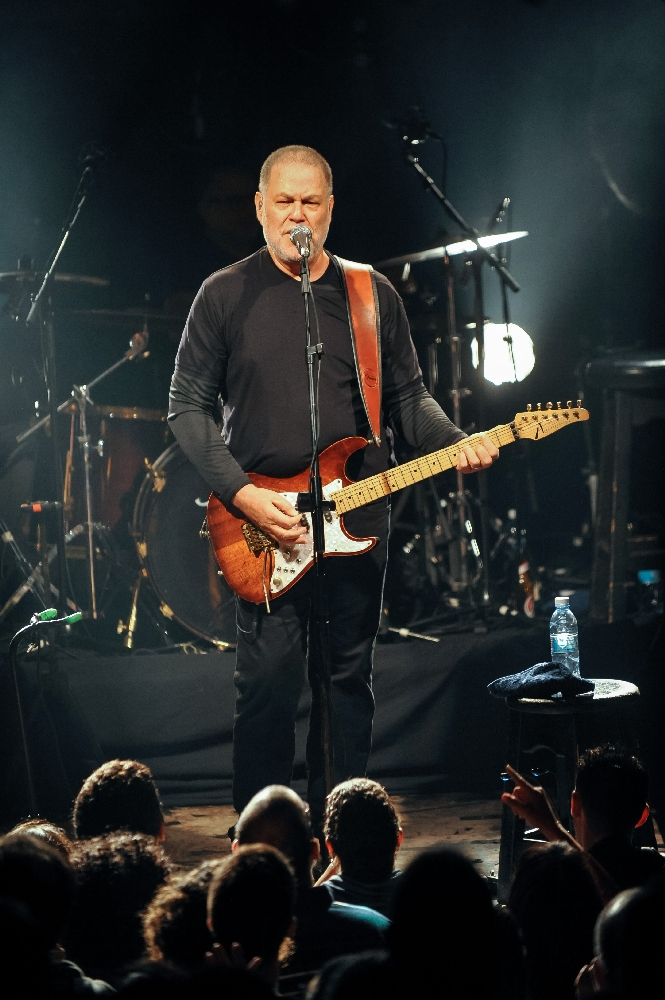 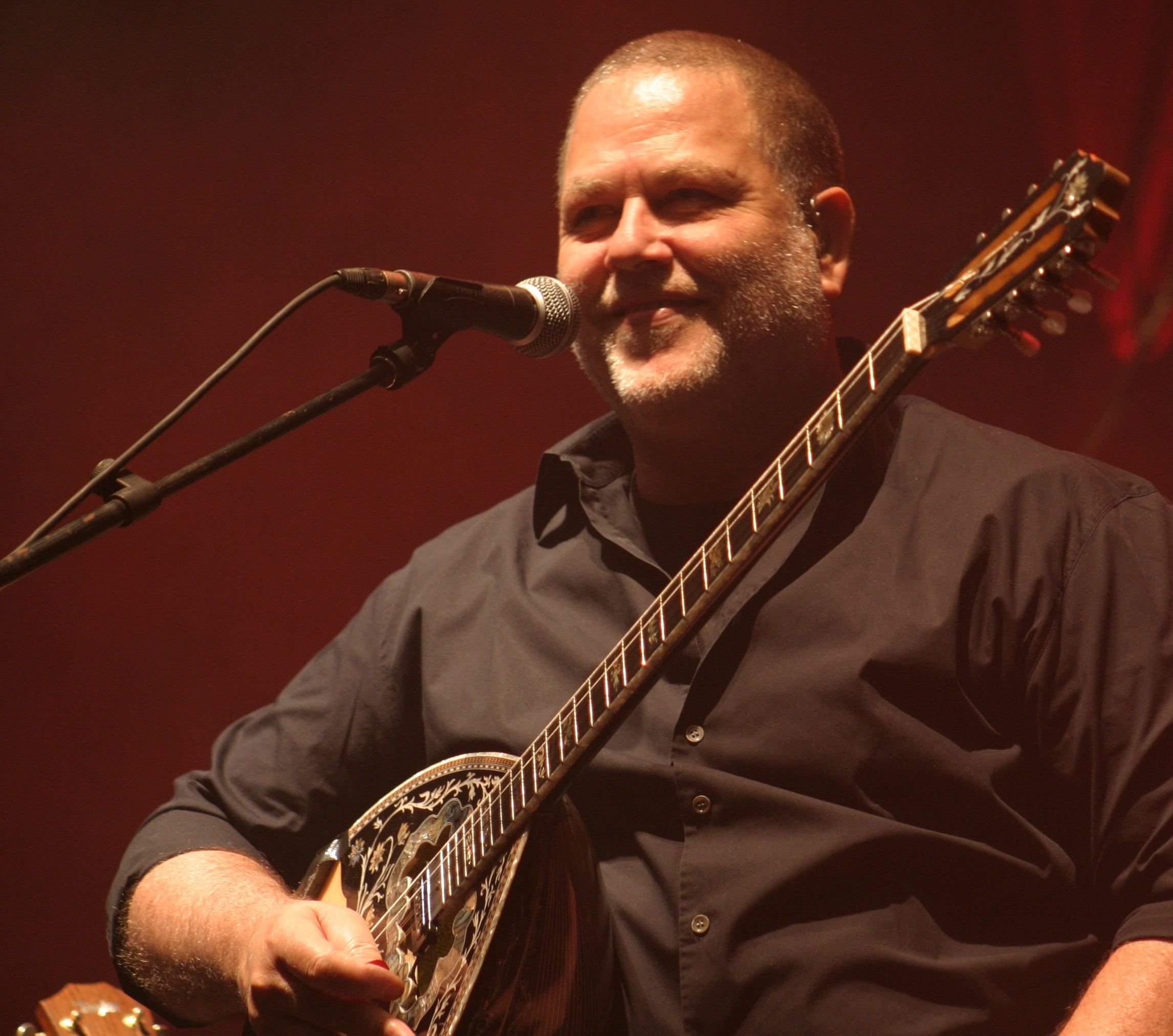 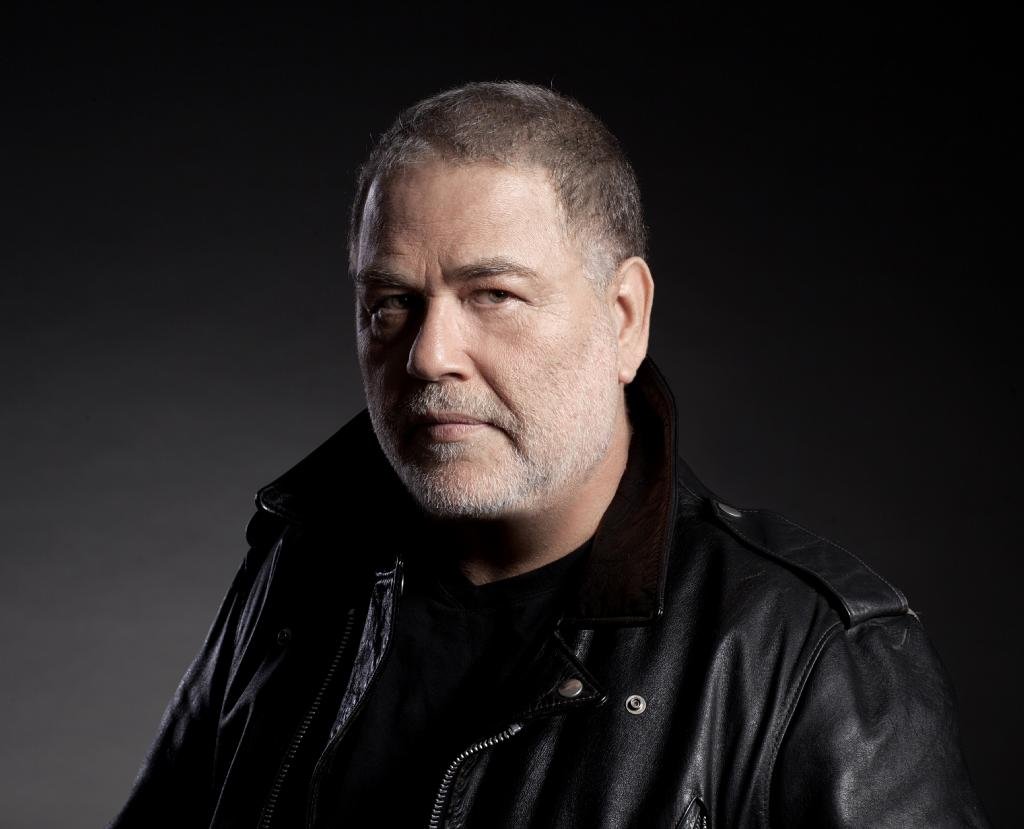 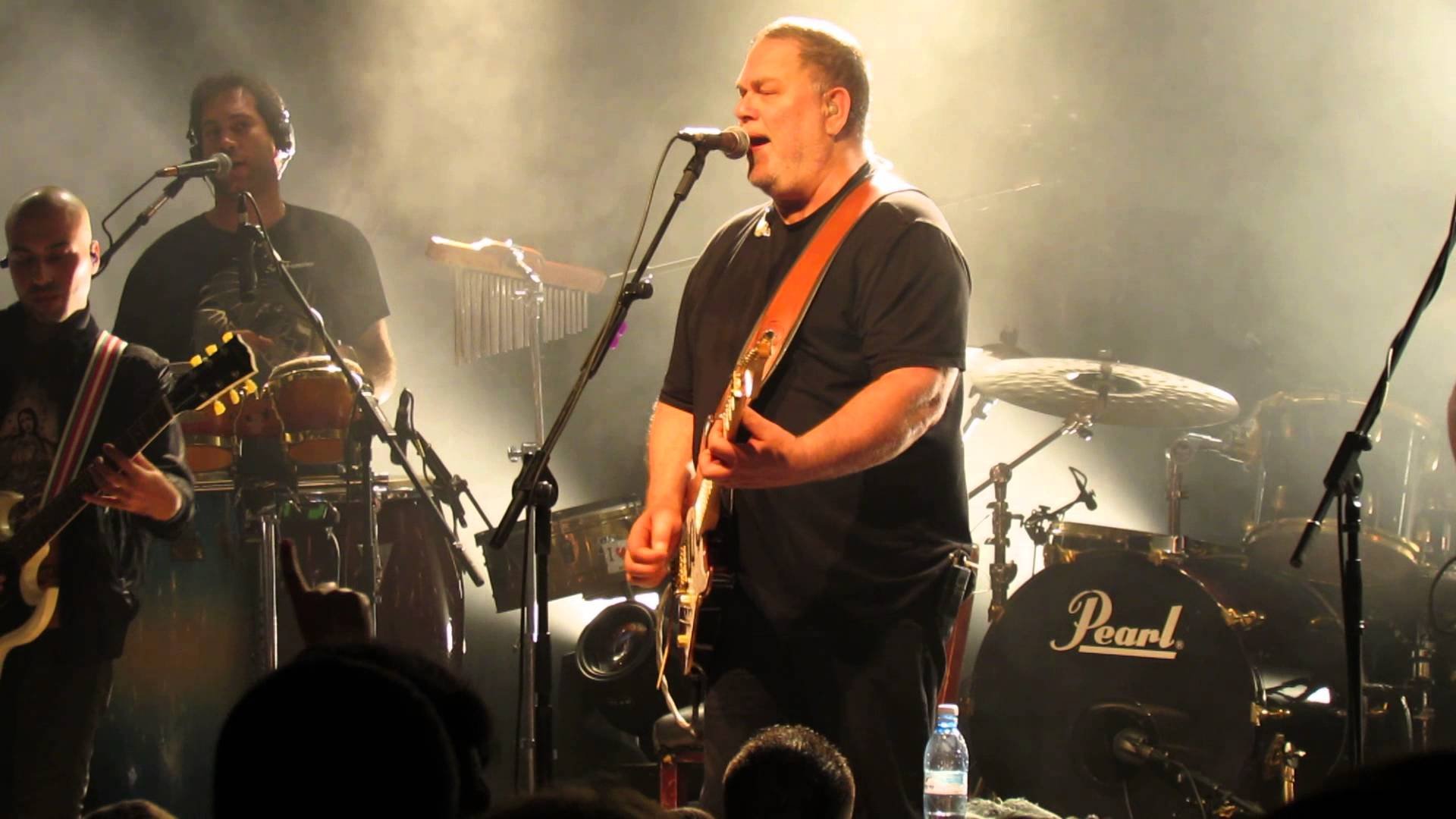 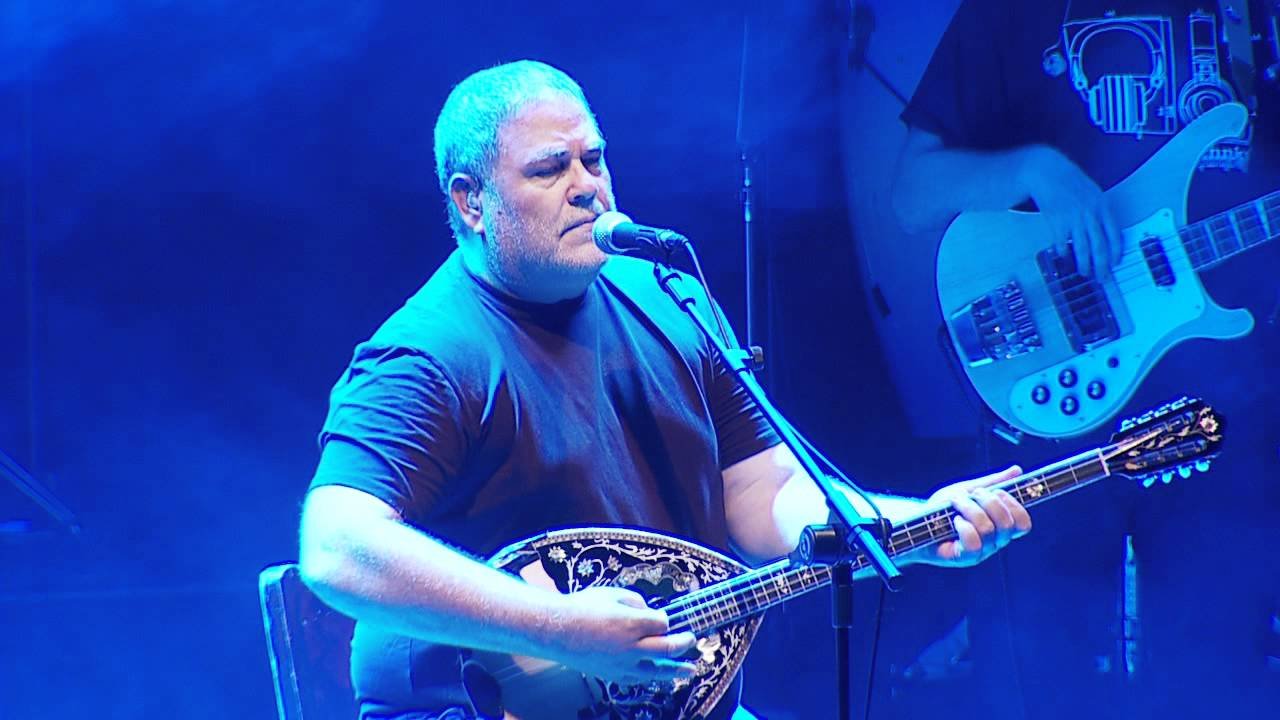 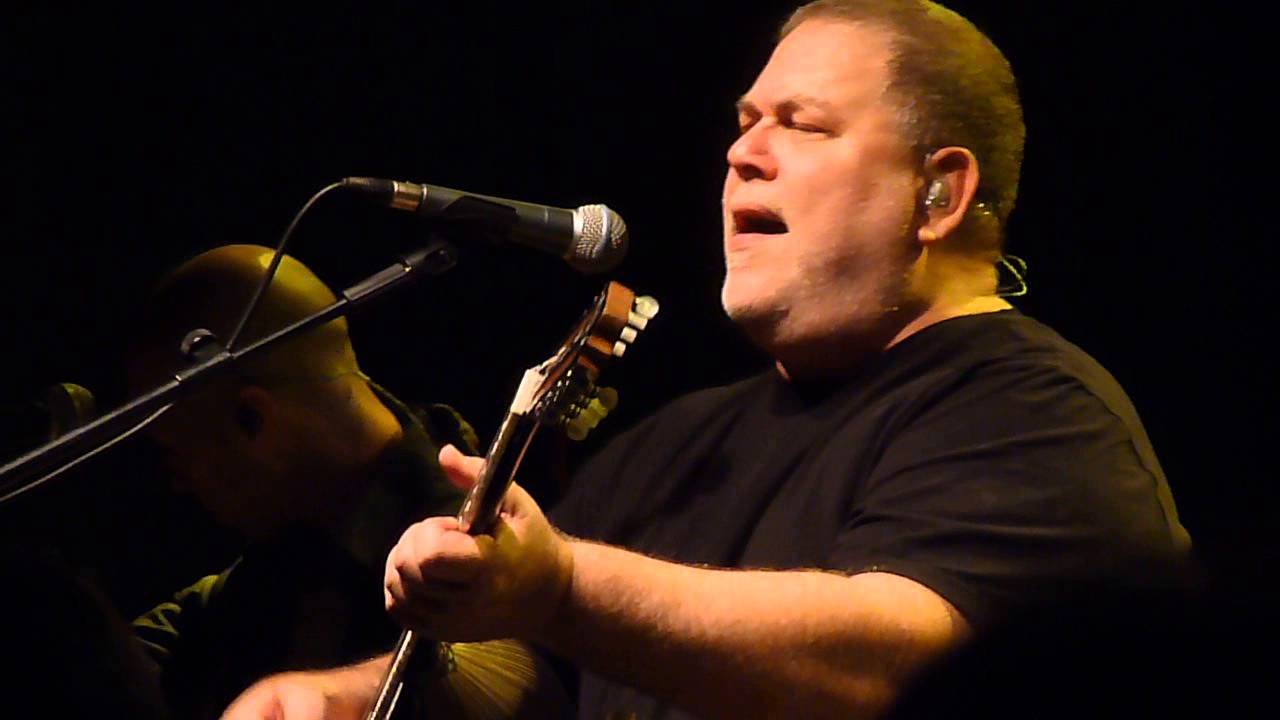 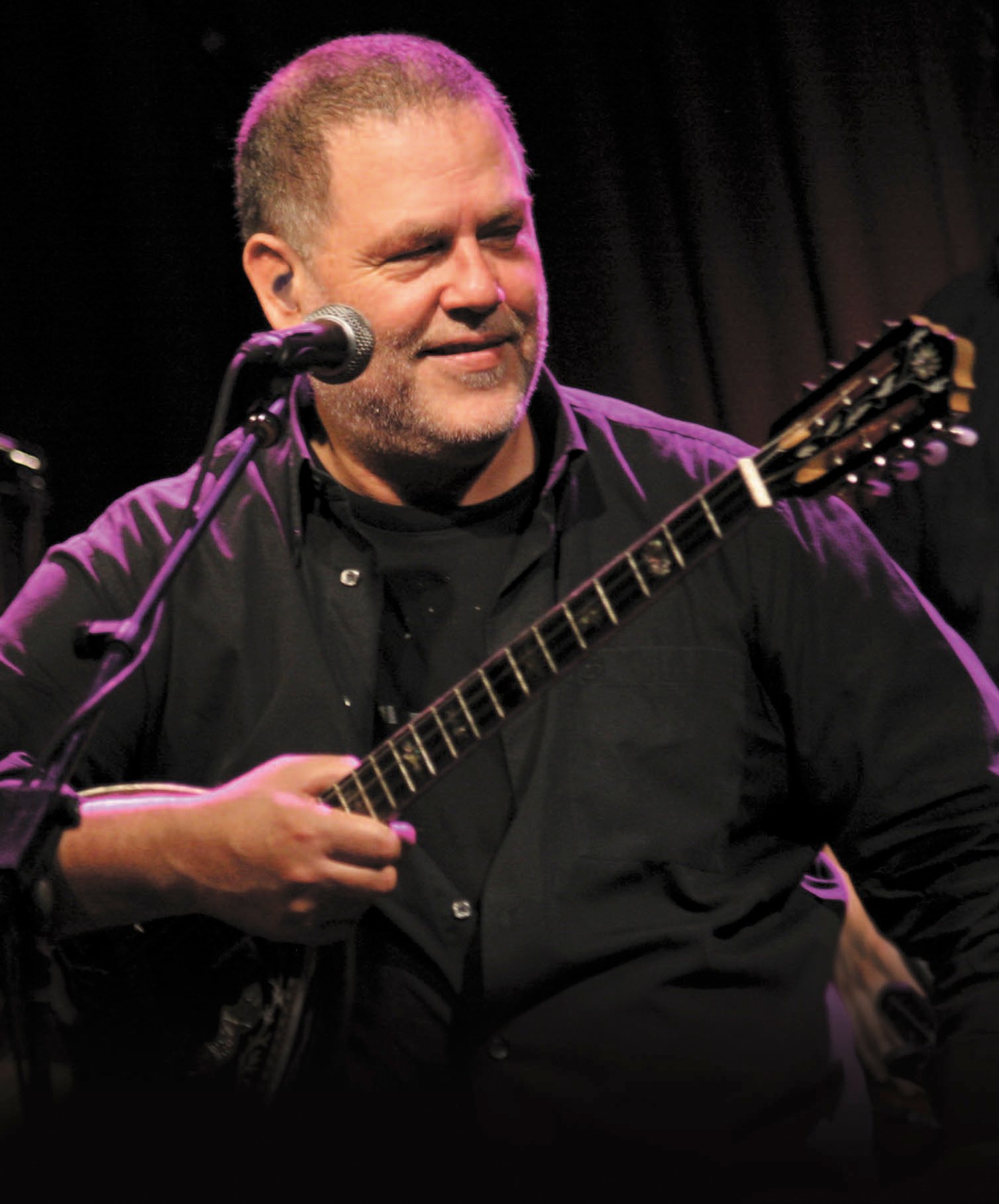 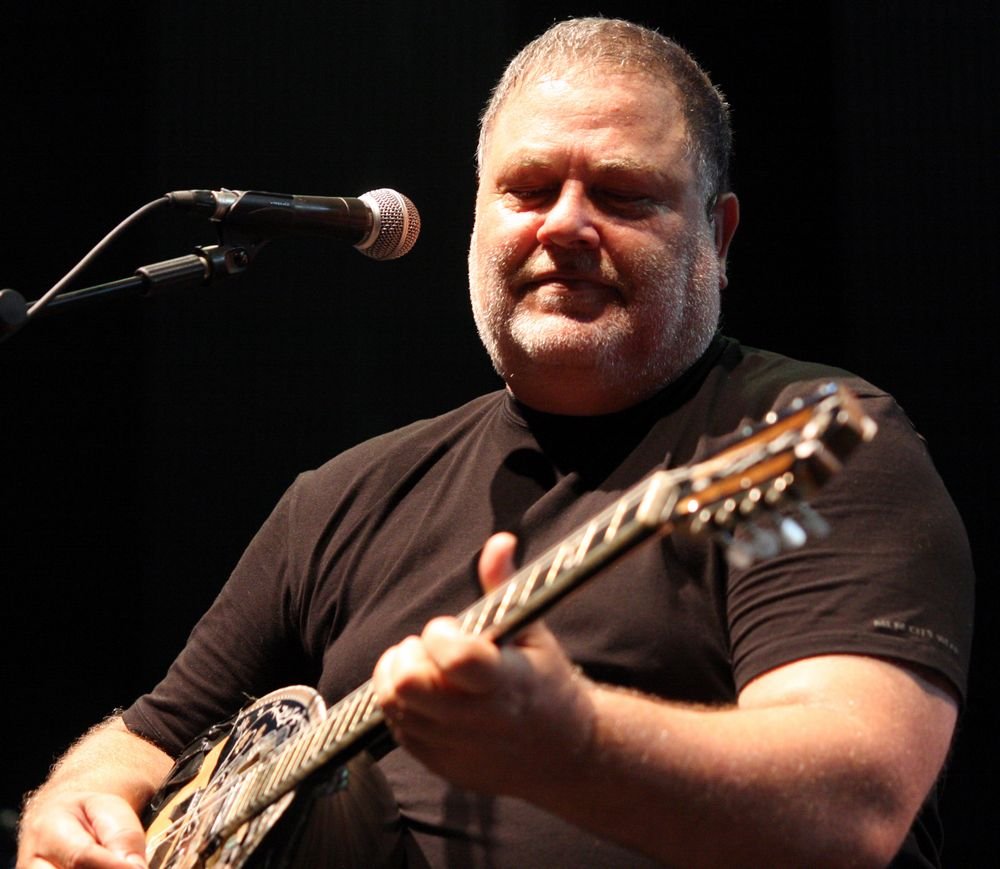 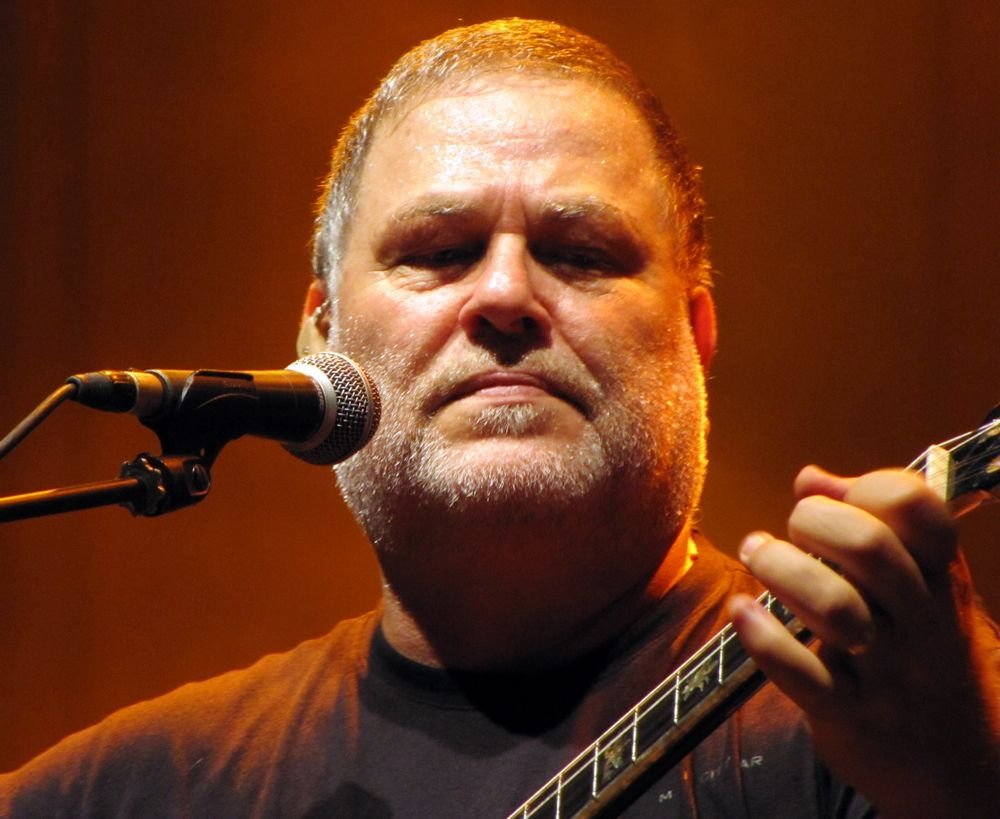 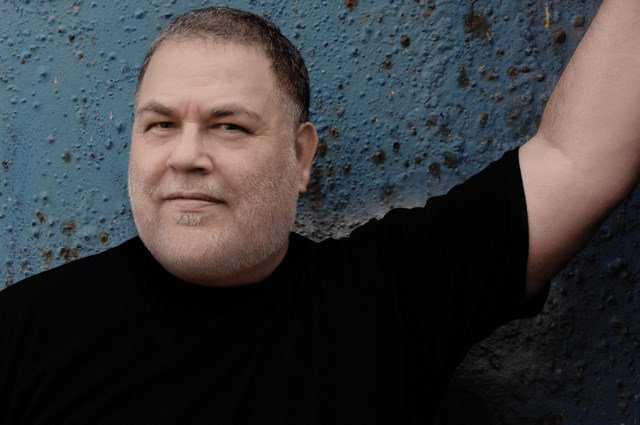 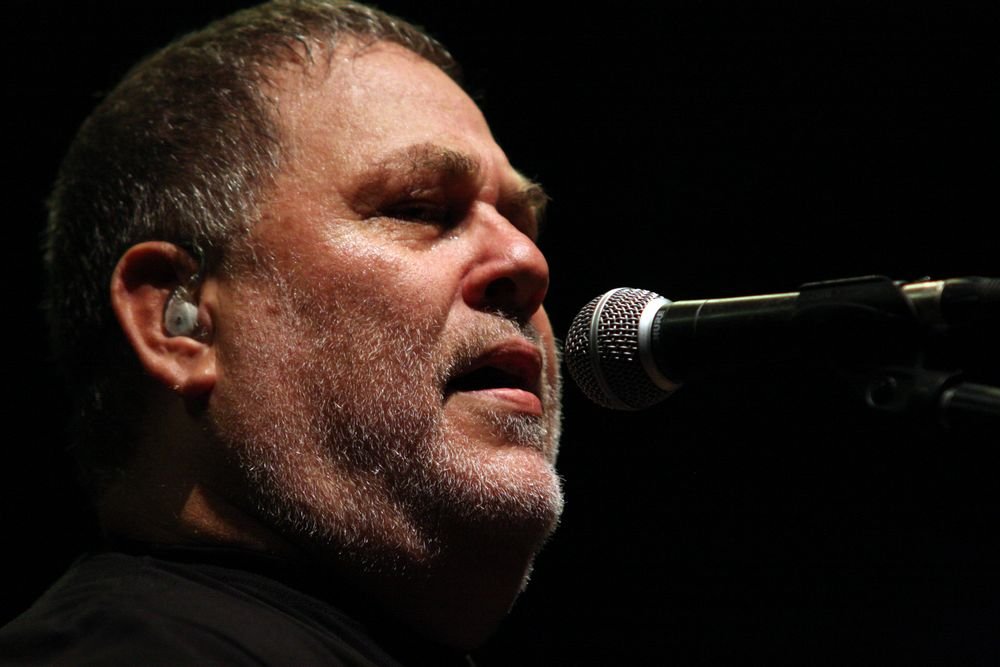 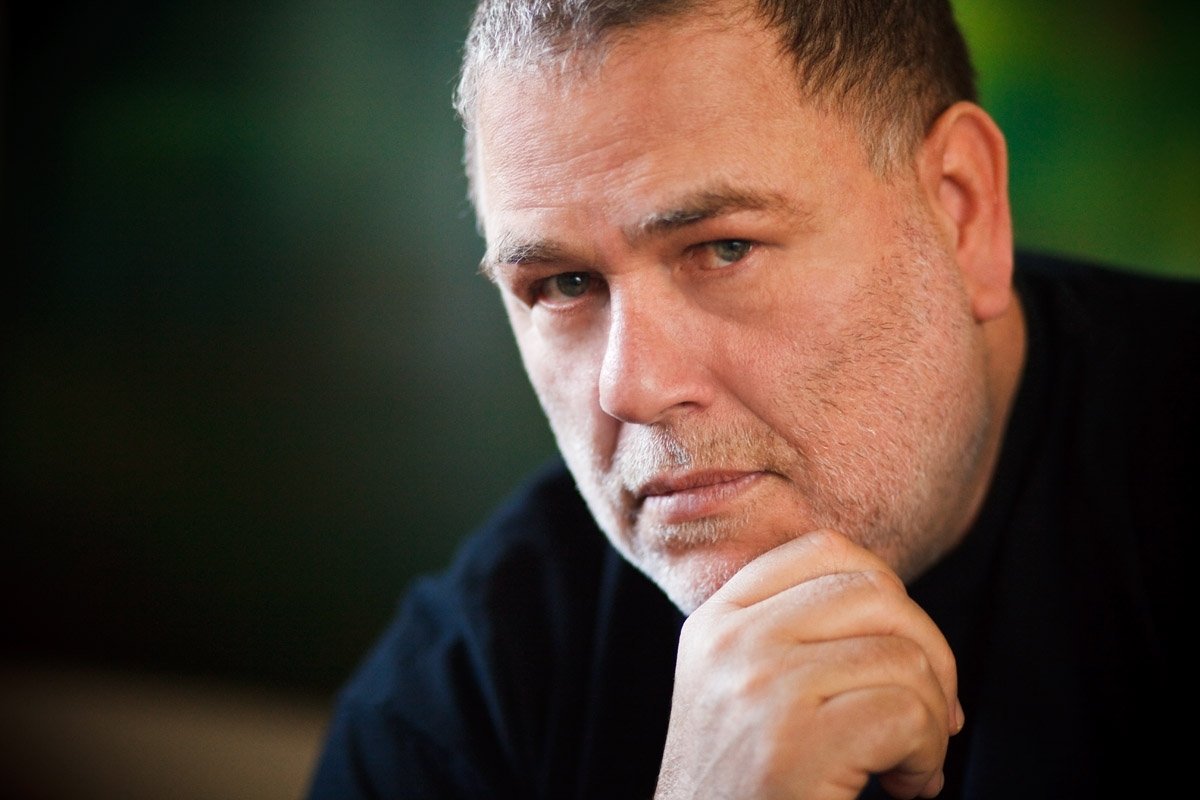