Hadag Nahash, Israel’s most successful and loved funk-groove-hip-hop band, has been performing for 20 continuous years and they have released 9 albums with the 10th on it’s way. They have achieved the prestigious titles of “Band Of The Year”, “Song Of The Year”, “Most Popular and Beloved Band” voted by the IDF (3 consecutive years). Their albums have received Gold and Platinum status and have had a strong impact on Israel’s culture. Hadag Nahash is known for its distinct authentic style showing Israeli experiences, which is the secret to their huge success. “The Audience was a heterogeneous mix; among them parents in their 50’s with their children, teenagers and students. This illustrates the successful connection of the band with their variety of Israeli audience on all levels…”– Shai Doron, Nana 10

Named the new emissary of groove-Jewish-soul music, Hanan Ben Ari kick started his musical career with the enormous success of his first single “Mimcha Ad Elay” achieving the ultimate status of first place in the Galgalatz charts. The next singles, “Adon Haselichot” and “Ima Im Hayiti” were also leading the charts and “Hachaim Shelano Tutim” was voted “The Song of the Year”, proving Hanan’s versatility and significant impact on Israeli culture.

Booming out of Jerusalem in 1996 HADAG NAHASH, became the biggest band Israel has to offer. Its music combines fresh Hip Hop, rock, reggae and funk sounds, and serves as a melting pot of tight grooves with Middle Eastern flavor. Their unique sound attracted many dedicated followers, as well as vast media reception. They’ve gained momentum year after year, and today are considered the best selling Hip Hop artist in Israel.

Starting early on in their career, Hadag Nahash managed to walk the fine line between popularity to social agenda. Known for their fevering agenda, they’ve become the critics and social moral of the Israeli society. Their songs promote equality and civil rights, and create a soundtrack to the local struggle against racism and corruption. This unique perspective made them the center of attention, both both internationally and locally. Throughout the years, Hadag Nahash members have volunteered for various social causes around Israel. They are especially known for their activity in “the one shekel festival”, which is an NGO aimed at bridging cultural gaps, that was created by band member Shaanan Streett some nine years ago

Almost a decade after their debut album, their bass vibes still boom the radio stations in Israel. They’ve received recognition over and over, and were rewarded for their work six times, with awards including: best band of the year, album of the year, best video of the year and best lyricists of the year. Almost every album they’ve released attained gold or platinum status. Israeli TV has aired documentary films about the band, its music, and its activities, several times.

Hadag Nahash’s success and agenda has paved their way to sharing stages with American acts such as The Black Eyed Peas and Cypress Hill, and European acts like The Streets and Leroy (Saian Supa Crew). They’ve toured Europe and the USA several times. In 2008 Hadag Nahash contributed their music to Adam Sandler’s movie “You Don’t Mess With The Zohan”, which exposed their unique and creative sound to a vast audience worldwide.

On 2010, Hadag Nahash released its fifth studio album named “6″, with the internationally acclaimed musical producer Yossi Fine at the helm. All radio DJs of the album have became radio hits in Israel. The band was awarded that year with “Activist Of The Year” award for its messages and activities.

בעזרת הג'אם <> With The Help of the Jam 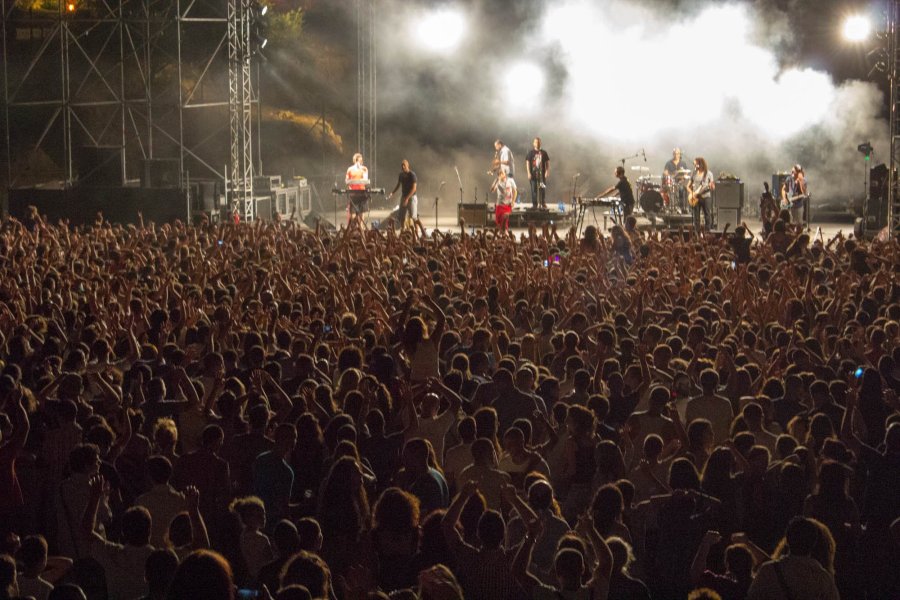 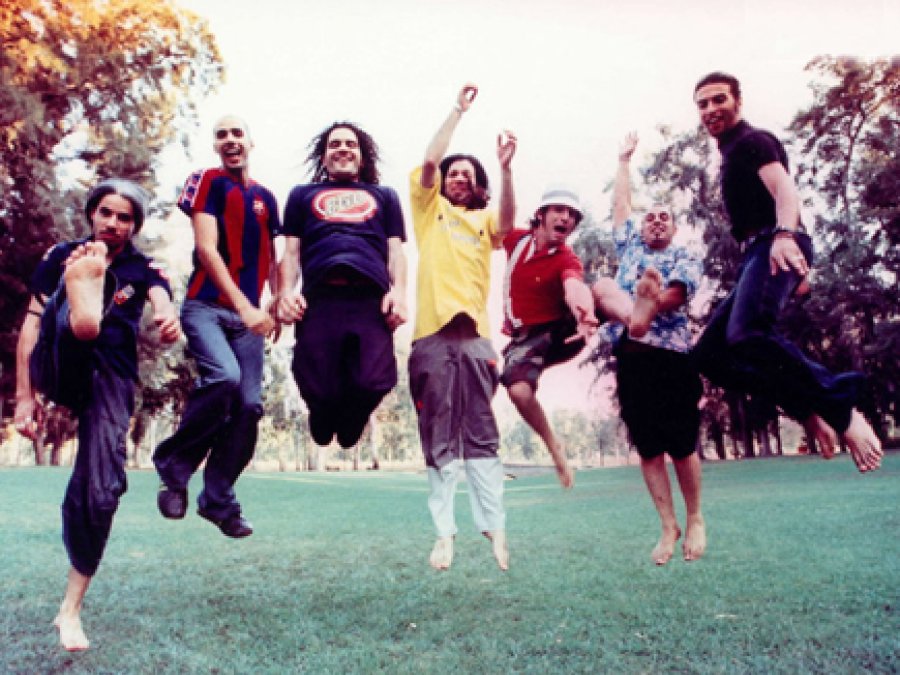 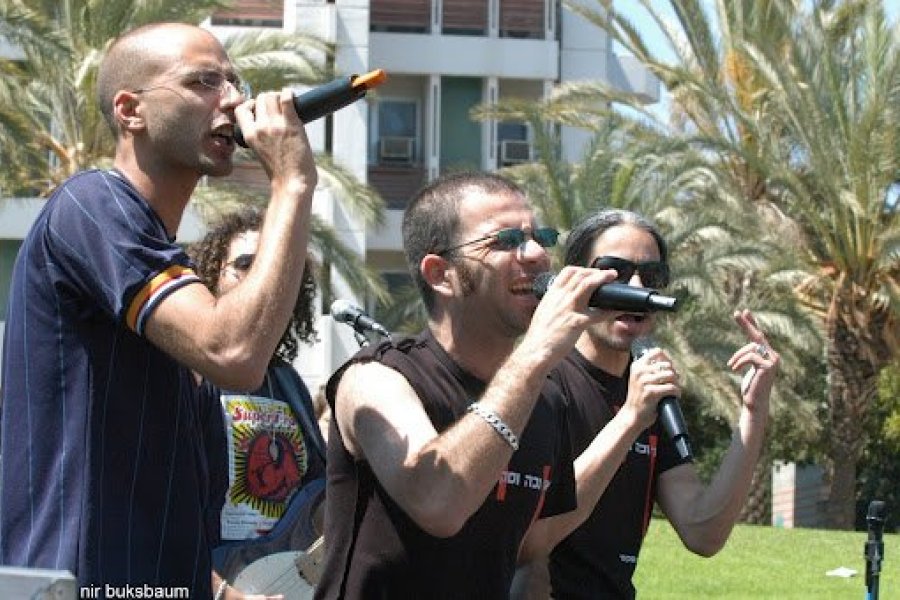 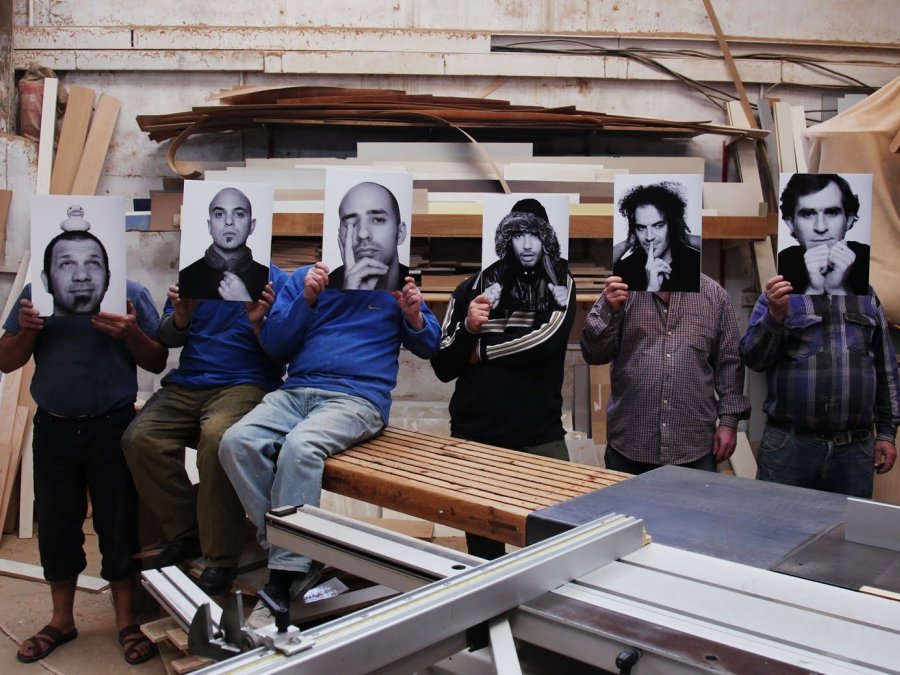 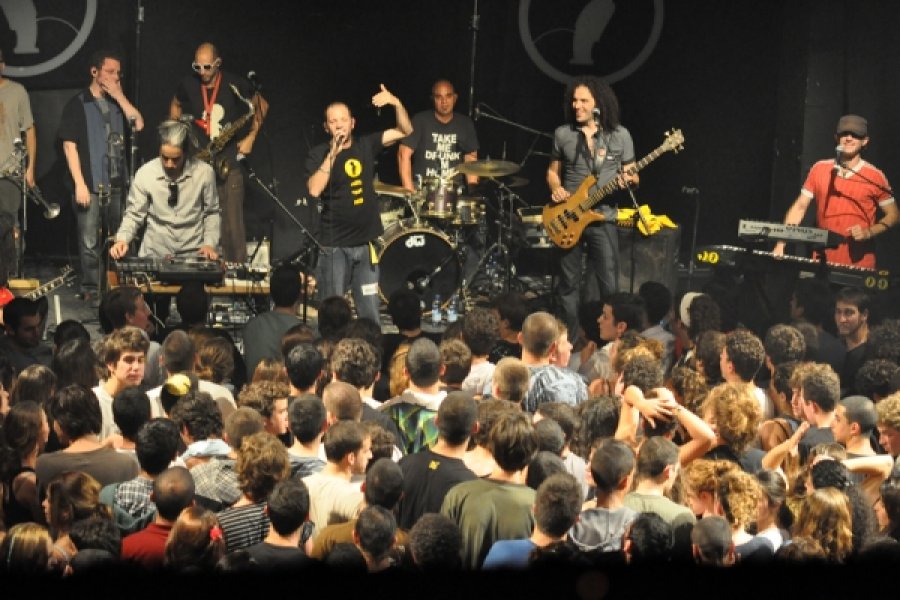 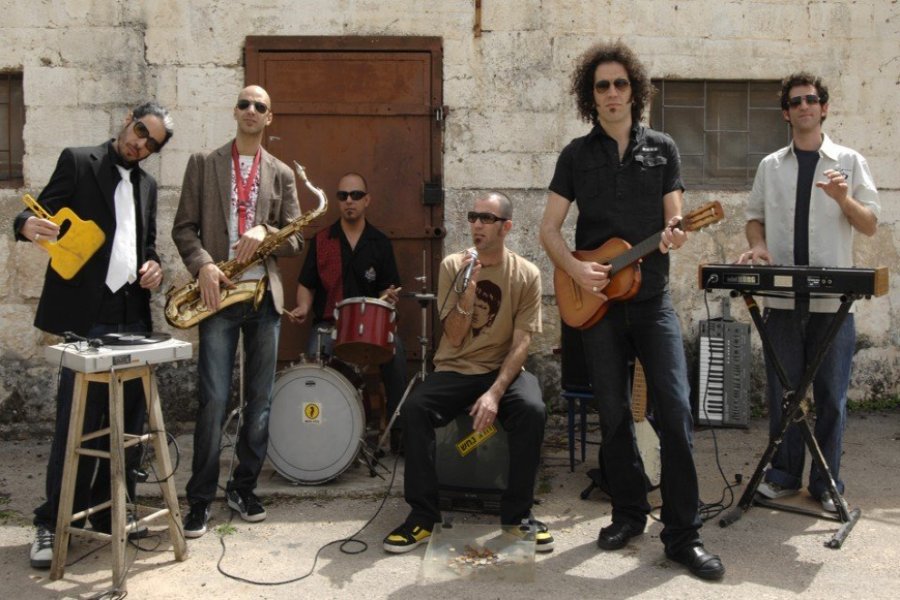 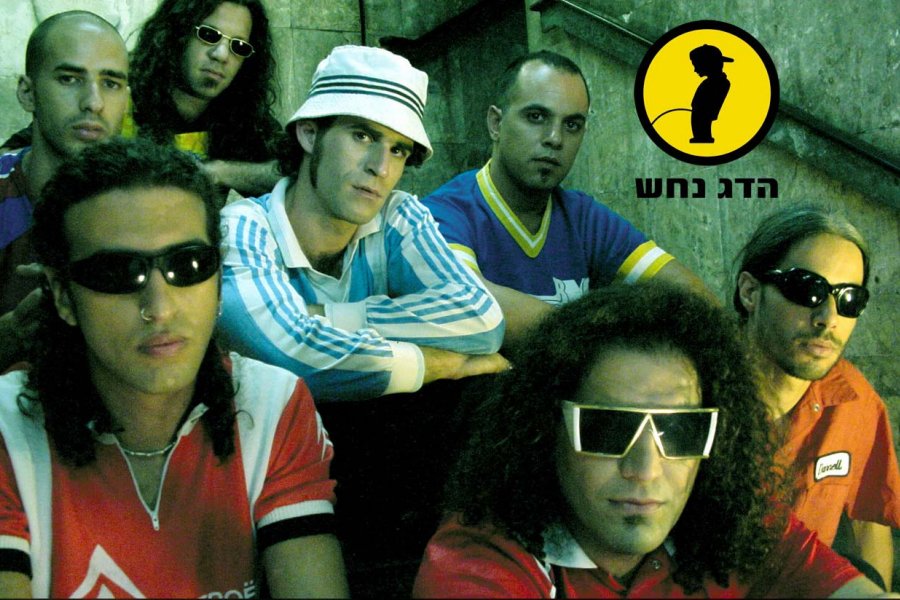 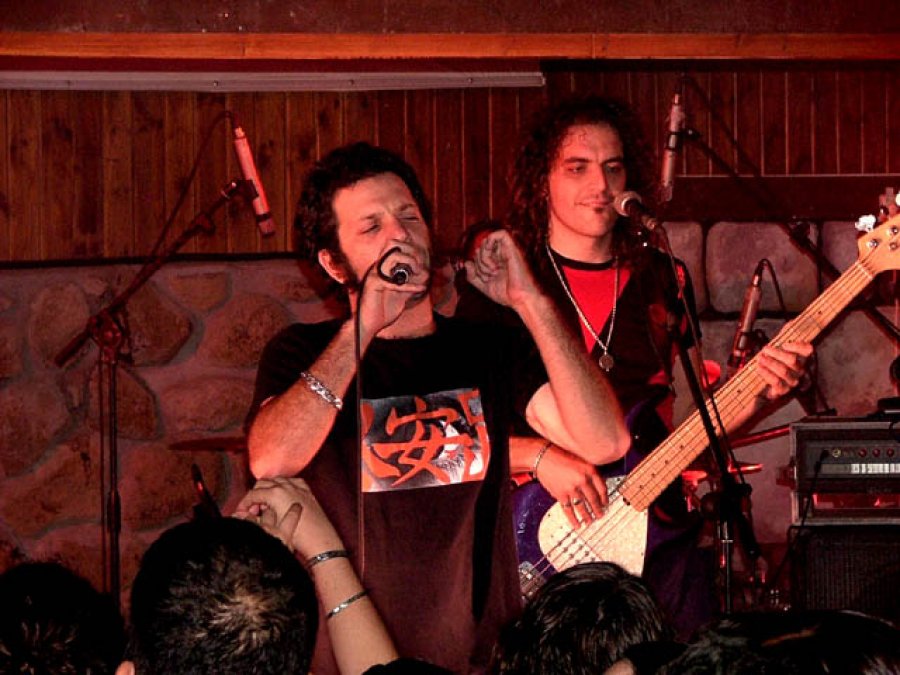 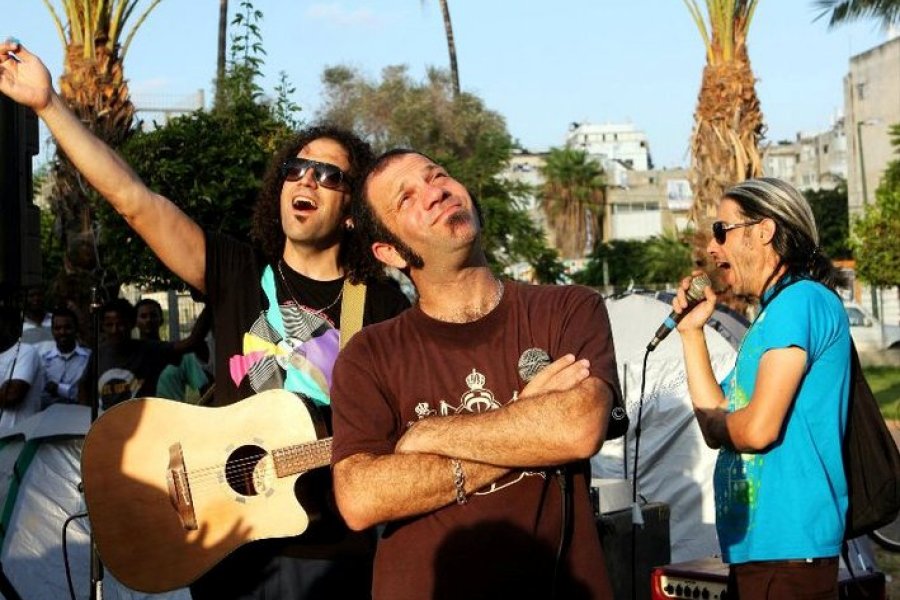 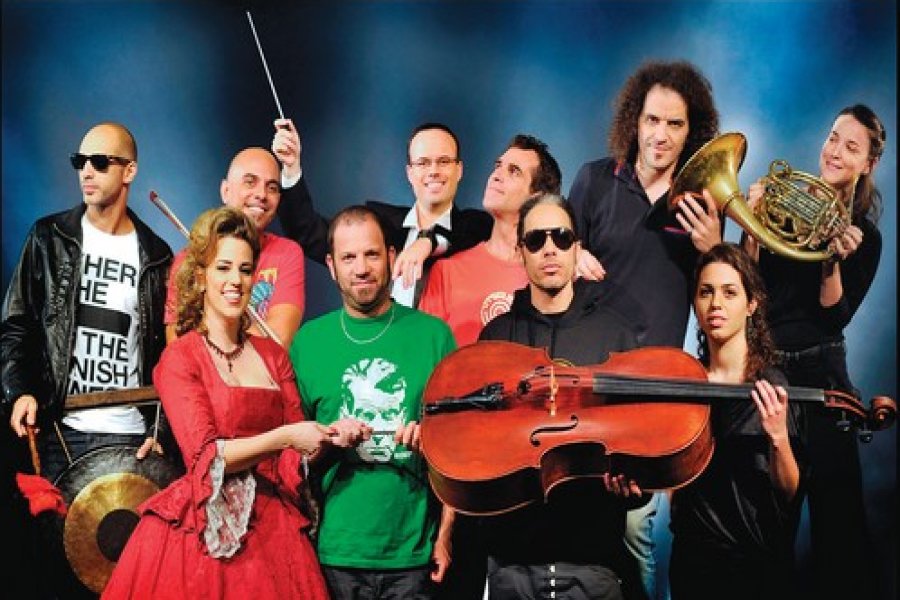 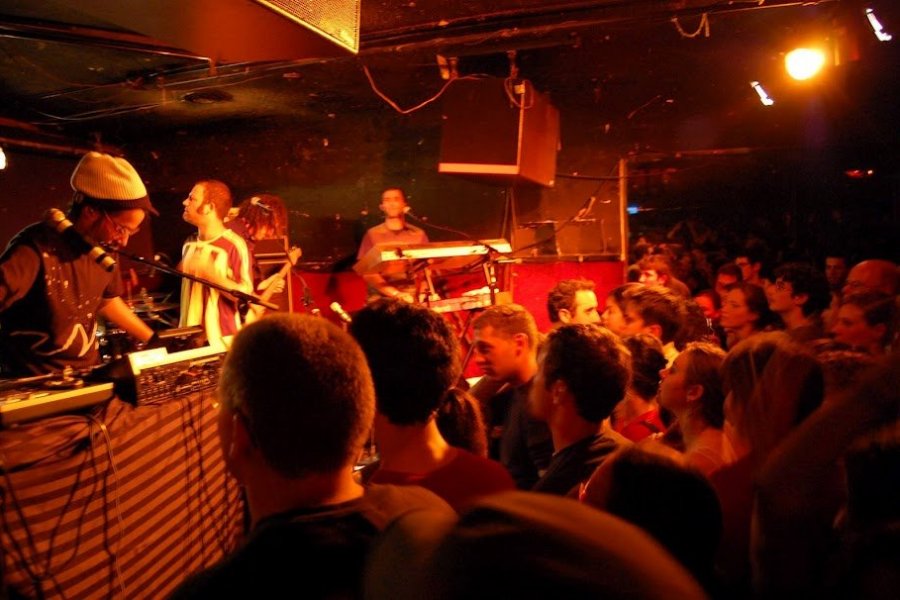 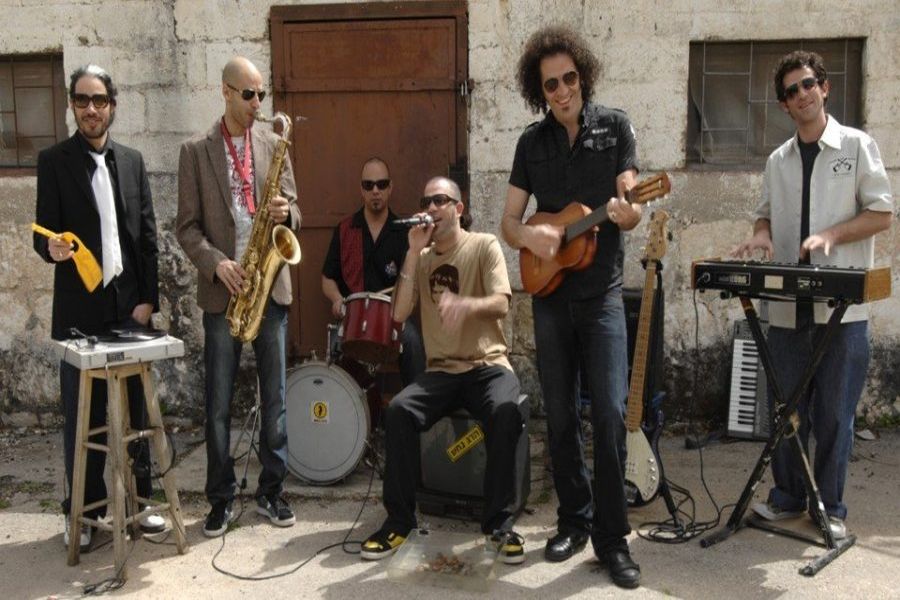 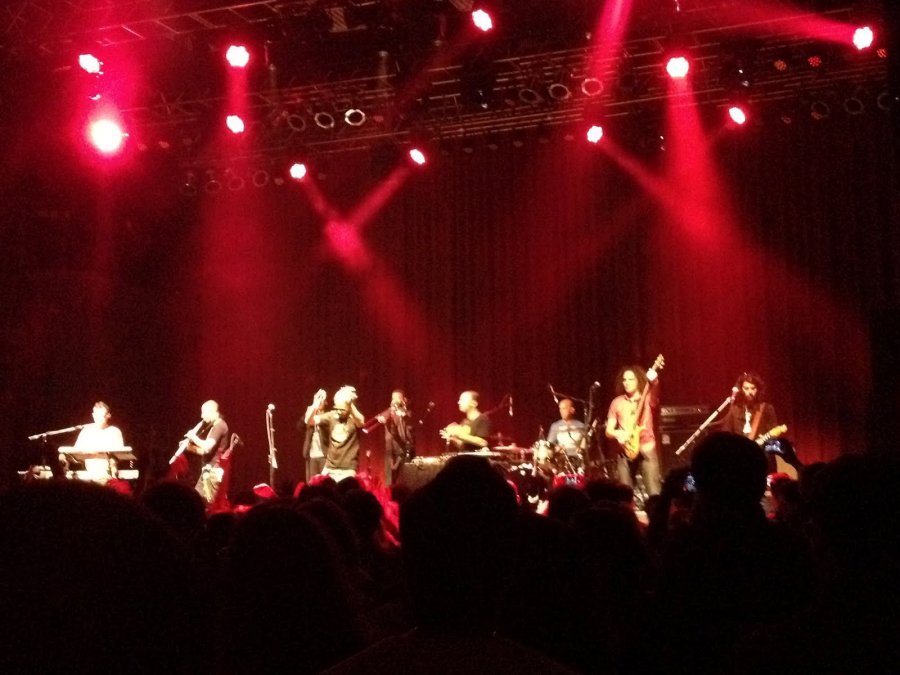 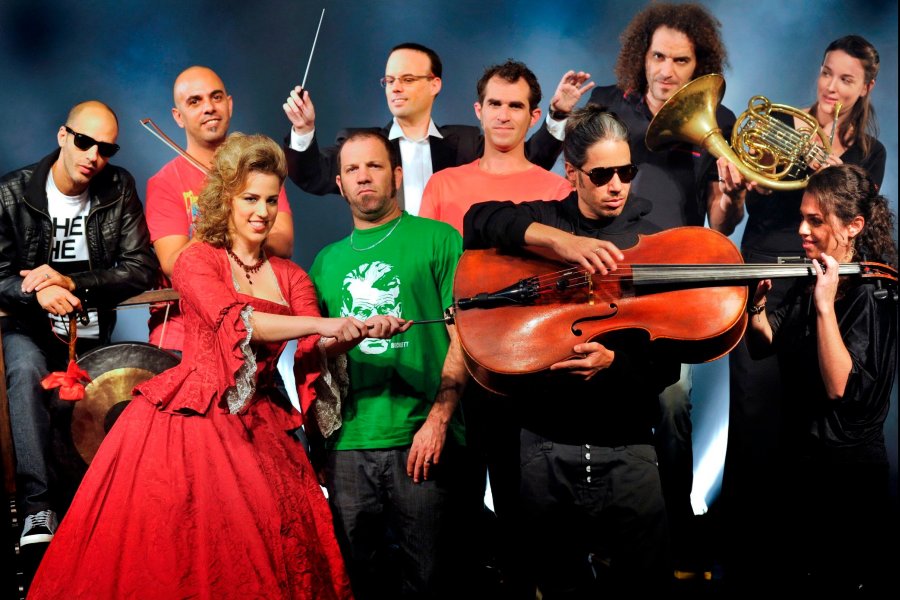 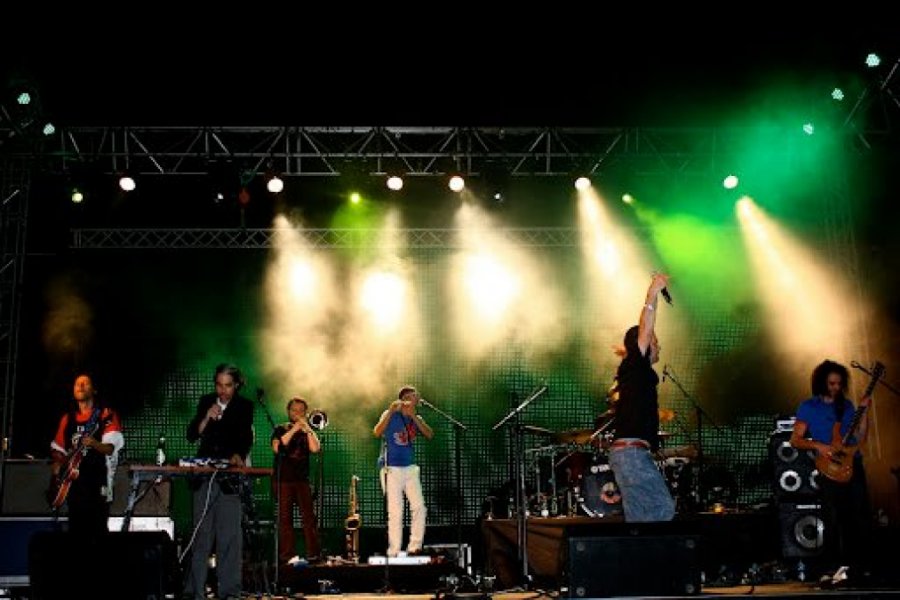 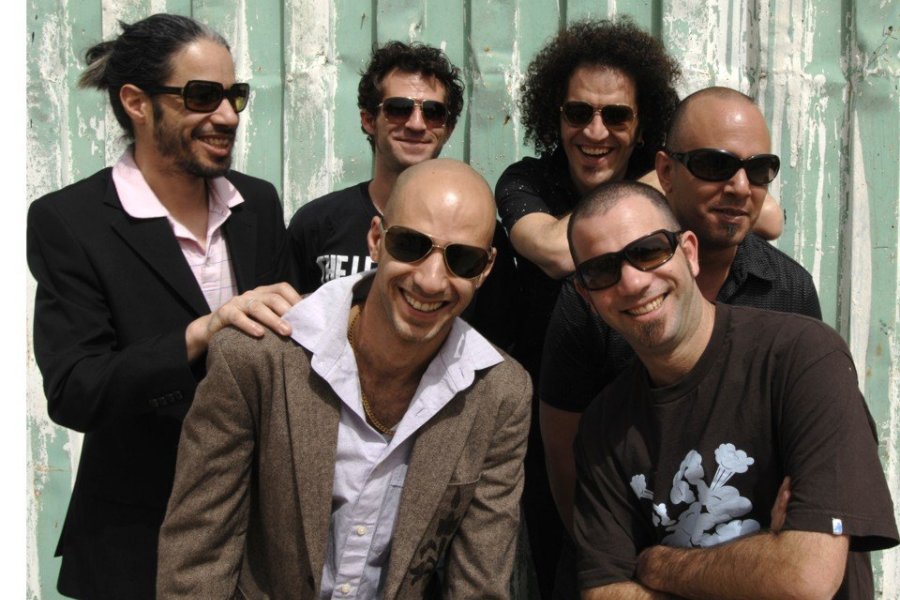 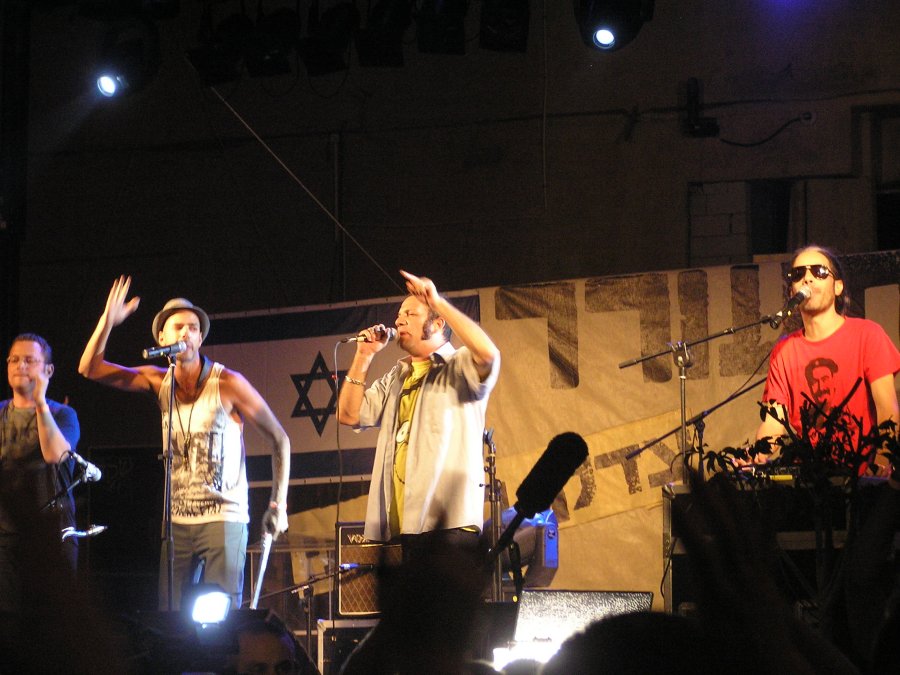 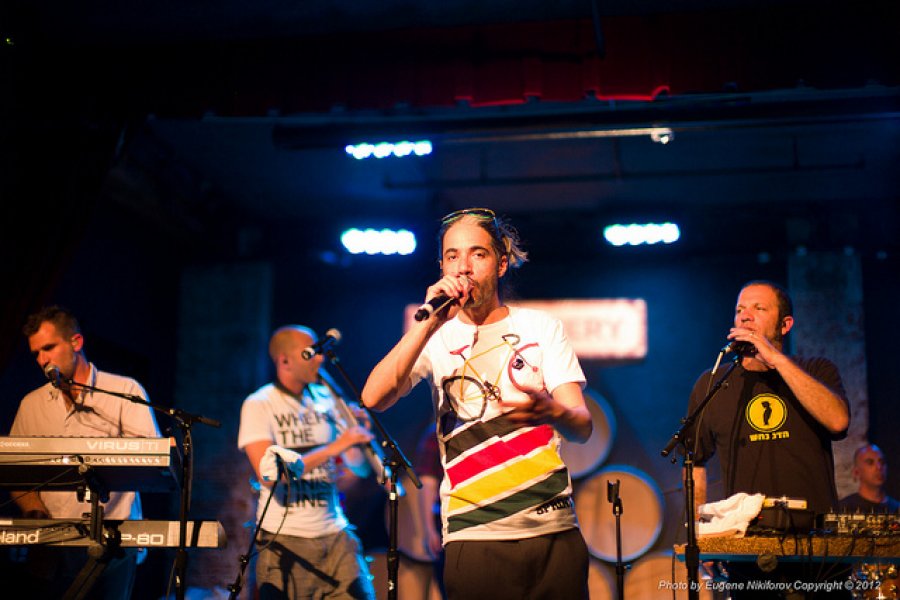 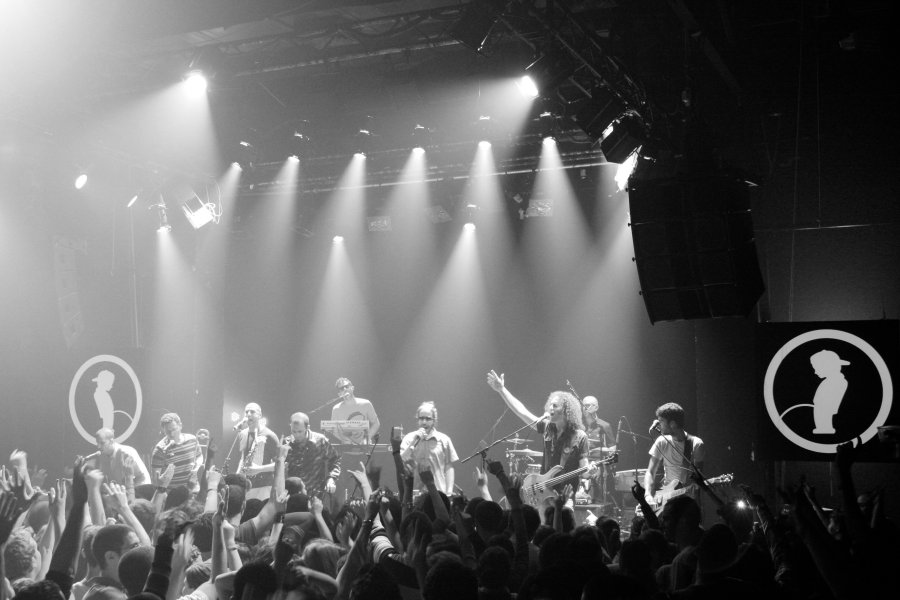 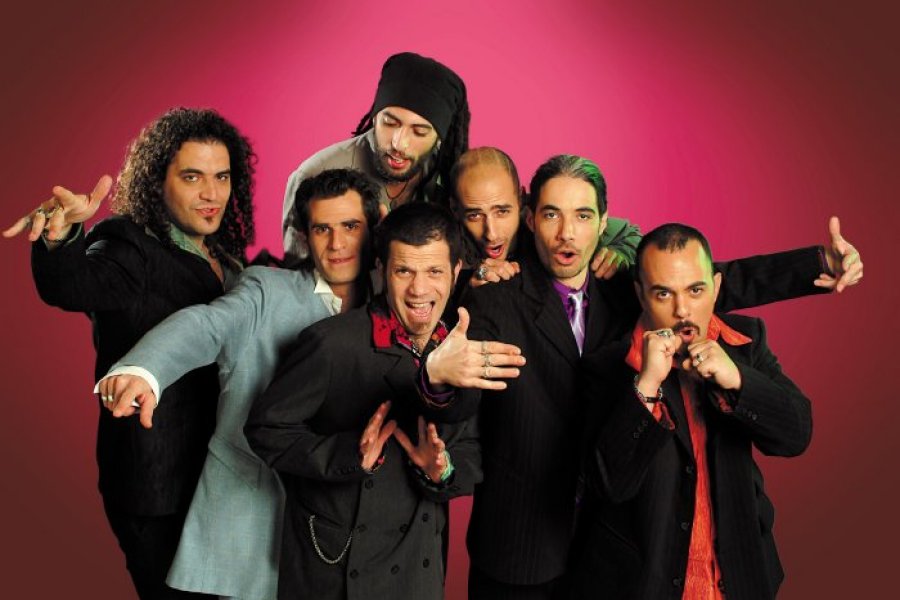 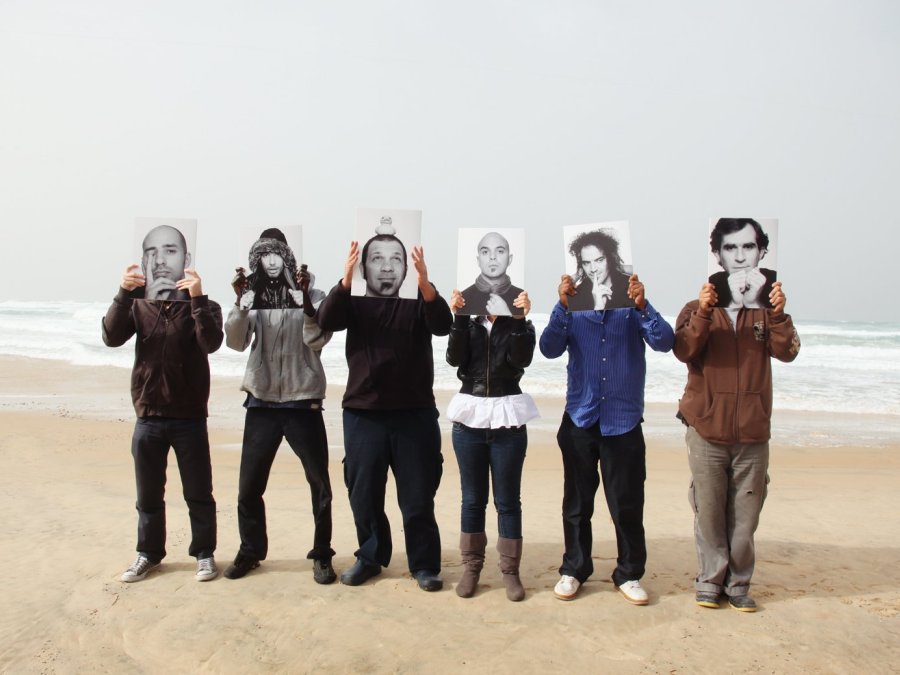 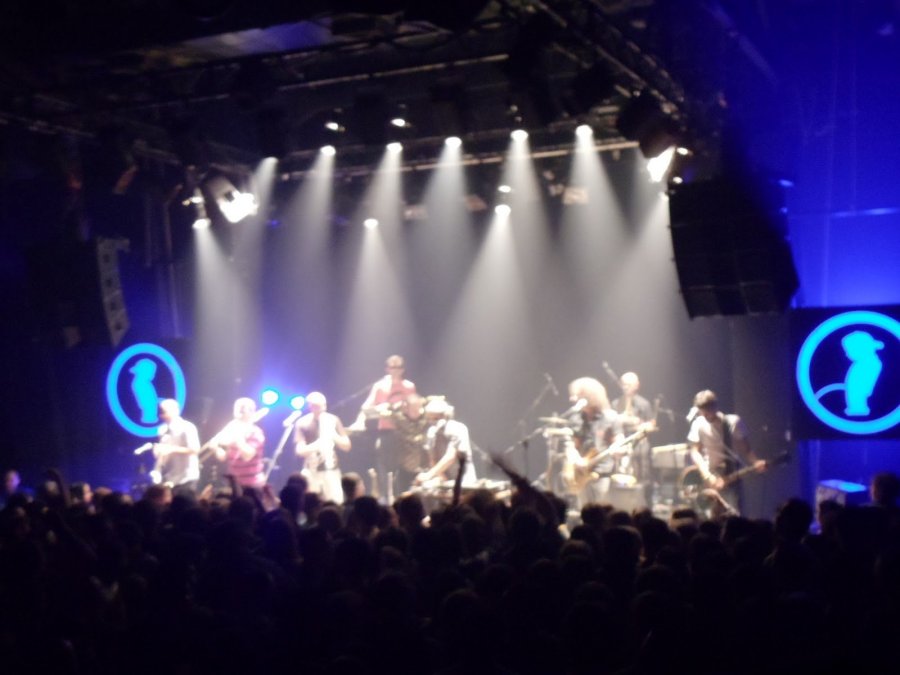