⟵ Back to Shows
Get Tickets 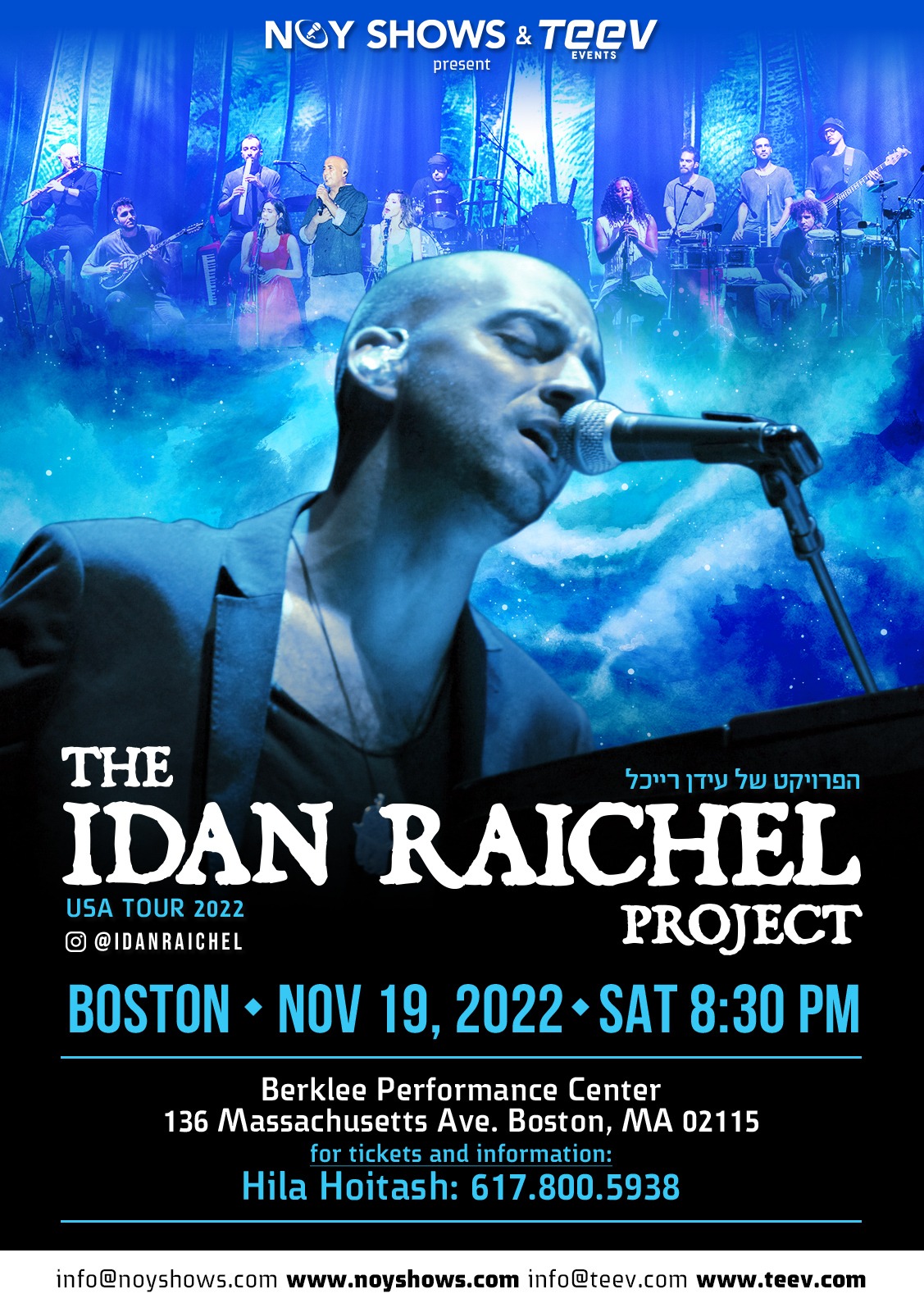 During a career spanning a mere 20 years, Idan has established himself as one of the most successful artists in Israel and one of Israel’s leading music ambassadors abroad, representing a world of hope in which artistic collaboration breaks down barriers between people of different backgrounds and beliefs.

THE IDAN RAICHEL PROJECT is BACK with a fresh, energetic, and talented new ensemble. Be prepared to embark on a journey through continents, cultures, and sounds.
From the beginning, Idan saw the project as a collaboration between artists, each bringing their own musical culture and talents to the stage. To date, over 95 different singers, spanning the ages 16 to 91, and from dozens of countries and cultural backgrounds, have participated in the project’s recordings and performances.
During the concert, the project performs materials from Idan’s 20-year repertoire, covering songs from both the project and his solo albums. In true Idan fashion, the show includes new arrangements to his hit songs and will be sure to make audience members dance, cry and laugh.